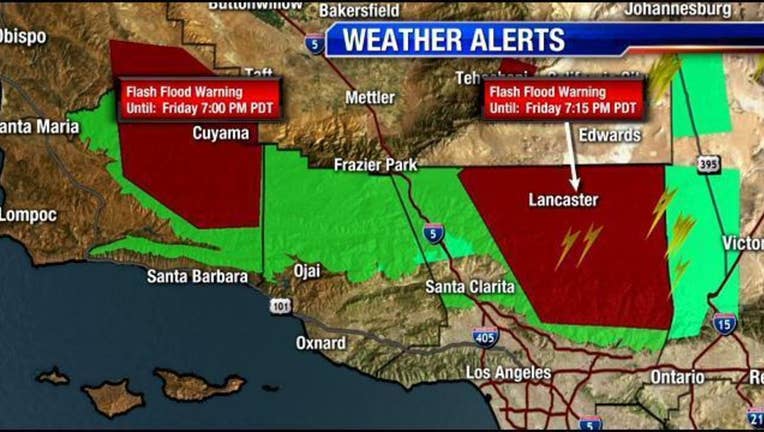 LOS ANGELES (CNS) - An upper-level low spinning into the region from Nevada brought thunderstorms to parts of Southern California today, raising concerns of flash flooding in the San Gabriel Mountains and the Antelope Valley.

National Weather Service forecasters said flash flooding was expected in areas such as Lancaster, Lake Los Angeles and the eastern San Gabriel Mountains, along with the 2013 Powerhouse Fire burn area. Forecasters said the storms will move slowly and have the potential to produce heavy rainfall that could lead to "dangerous and sudden inundation of roadways by swift moving water."

Thunderstorms began developing as early as 3 p.m. over some northern Los Angeles County areas. Forecasters warned there was a potential for small stream and roadway flooding in areas such as Lake Hughes, Pyramid Lake, Castaic

Lake and along the Golden State (5) Freeway north of Santa Clarita.