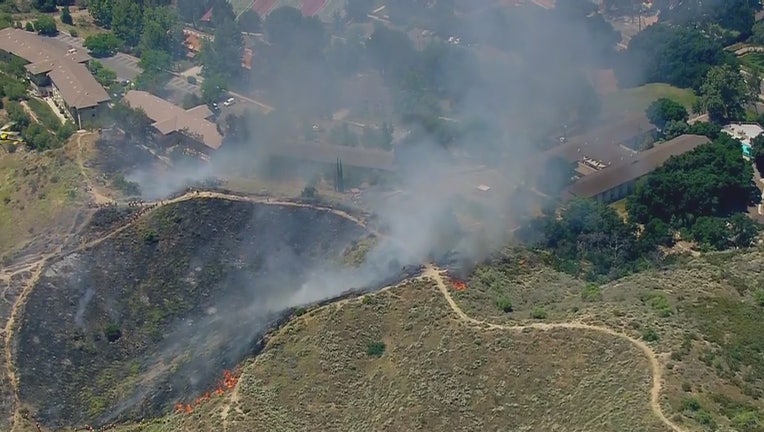 The fire, dubbed the "Second Street Fire," was first reported around 12:50 p.m. near Second and Race Streets, close to Creekview Park. Fire officials said that it began as a vegetation fire.

Law enforcement conducted evacuations at Master's University, which is located a few miles north of Creekview Park. Firefighters were performing structure protection for nearby homes as well as at the university but later stated that no structures were affected.