Large fire breaks out at commercial building in Chinatown

Crews are battling a fire in Chinatown.

The Los Angeles Fire Department responded to a building on fire on New High Street near Cesar Estrada Chavez Avenue.

Images from SkyFOX showed heavy smoke coming from the building.

No injuries were reported and no other structures were damaged.

It is unknown what caused the fire. 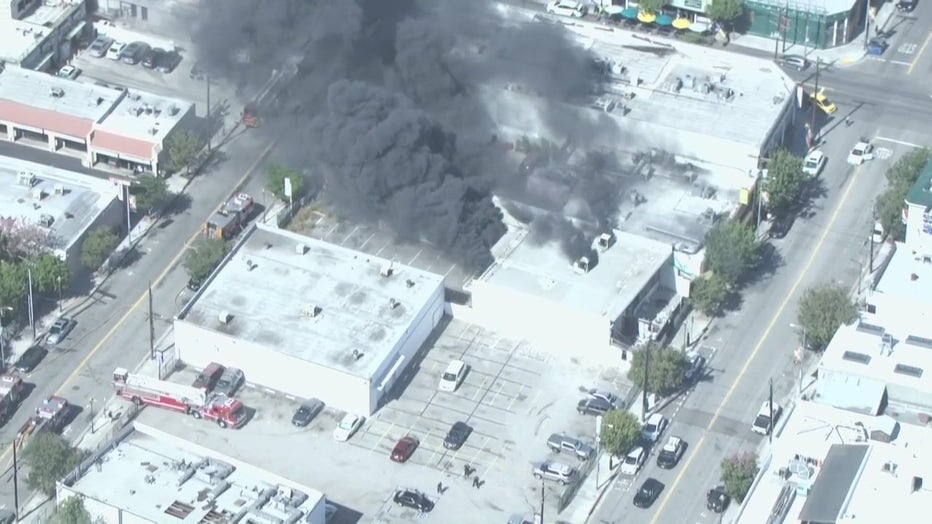