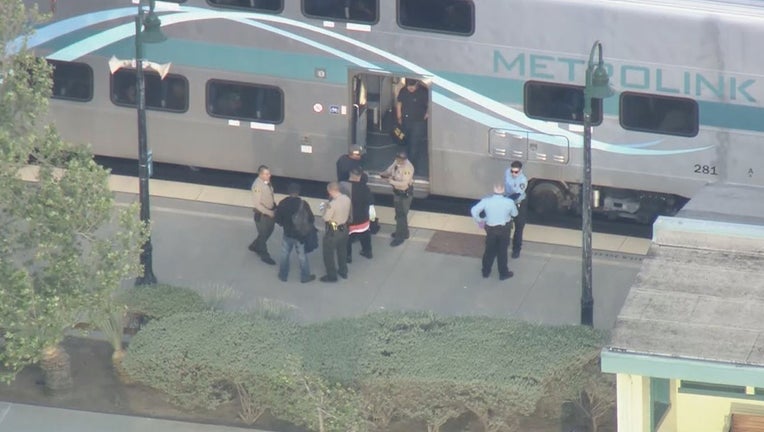 ACTON, Calif. (FOX 11) - An argument between two men aboard the Antelope Valley Metrolink train from Santa Clarita to Palmdale Monday evening led to one of them getting stabbed.

The Los Angeles Sheriff's Department said during the argument, one of the men jumped on the other and continually struck him in the face with his fists. The second man took out a pocket knife and stabbed the attacker in the shoulder to stop the face-punching.

Investigators identified the suspect as 29-year-old Raffael Brown. Brown was taken to a local hospital for non-life threatening injuries to his shoulder. He will be charged with assault with a deadly weapon, according to Sheriff's officials. Brown will be held in lieu of $30,000 bail.

The stabbing was reported just before 6:30 p.m. between Via Princesa and Vincent Grade-Acton stations on the Antelope Valley Line, according to Metrolink officials.

Authorities identified the victim as a 49-year-old Palmdale resident. They said he was treated at the scene for minor injuries.

There were approximately 150 passengers aboard the train, which had to be delayed for about 45 minutes before resuming service to Lancaster due to the incident.