A fender bender turned into a deadly confrontation in Downtown Los Angeles Thursday night when a man was flung from the hood of the suspect's vehicle, authorities said.

LOS ANGELES - A fender bender turned into a deadly confrontation in downtown Los Angeles Thursday night when a man was flung from the hood of the suspect's vehicle, authorities said.

According to the Los Angeles Police Department, around 6 p.m. Thursday, a female drive appeared to have side-swiped the side of a male driver's car near the intersection of W. 17th St. and S. Broadway. Investigators don’t know if this started as a simple accident or if this was an incident of road rage. 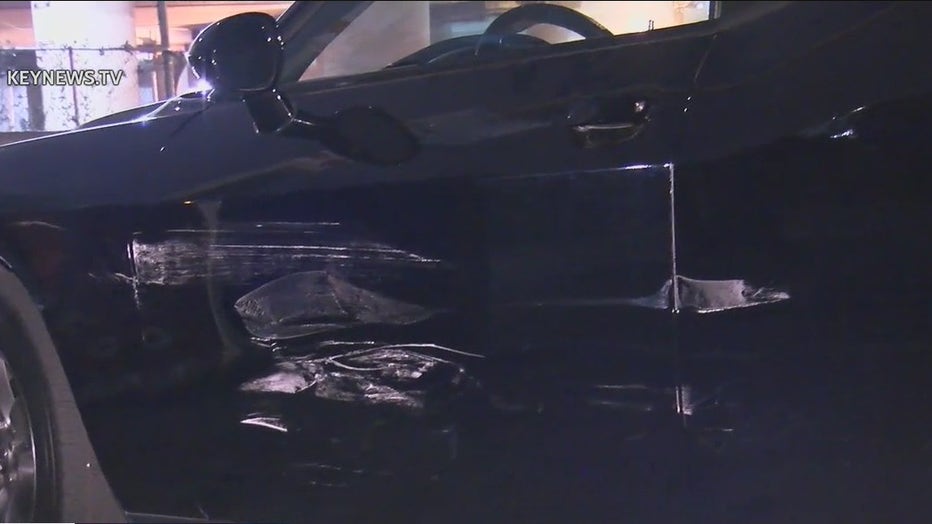 The two parties involved stopped and everyone thought they were going to exchange information when the female driver took off in her vehicle. The male driver jumped into his car and followed her to the intersection of S. Figueroa St. and W. 18th St.

"Obviously, a victim of the driver should have known that there's something to her hood and should have stopped and unfortunately made a quick left turn over here at Simmons Street, launching the victim off the hood, landing on the street, causing the severe injuries which caused his demise," said LAPD Detective Juan Campos.

The LAPD said the female driver fled the scene without rendering aid to the victim.

The man was transported to the hospital where he succumbed to his injuries. He was identified only as a man believed to be in his 20s.

Police described the suspect as an African American woman, possibly in her 20s, with multi-colored hair. She was believed to be driving a silver Kia Optima.

Anyone with information on the suspect's whereabouts was asked to call the LAPD.