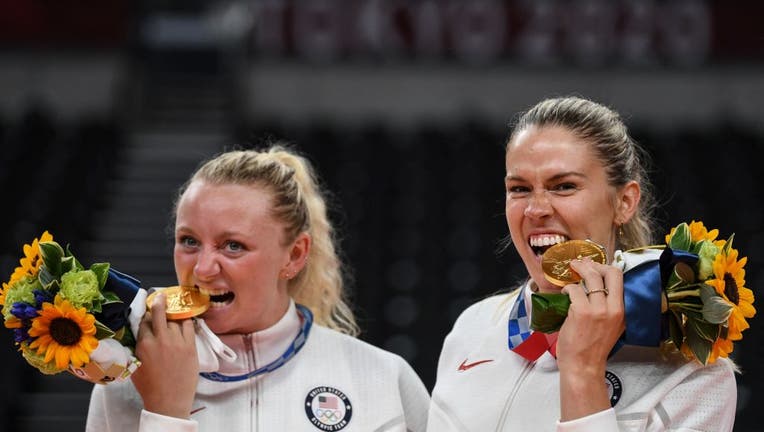 FULLERTON, Calif. - A 32-year-old man with a previous robbery conviction pleaded guilty Monday to stealing volleyball player Jordyn Poulter's Olympic gold medal and was sentenced to a year in jail, or time already served behind bars.

Fernandez, who has been in custody since June 3, was sentenced to 364 days in jail and placed on two years of formal probation.

Fernandez had pleaded guilty on April 17, 2020, to a felony count of robbery and was sentenced to 120 days in jail and placed on three years of probation. He was jailed again for 60 days Jan. 27, 2022, for violating terms of probation.

The medal won at the delayed 2020 Tokyo Games and other items were stolen May 25 from Poulter's car when it was parked in a garage on East Lincoln Avenue in Anaheim, where the team trains, according to Anaheim Police Department Sgt. Jacob Gallacher.

They were getting ready to throw the bag away when they noticed by the weight there was something inside and when they checked it out they found the medal, Carringer said.

"It is very exciting and surprising news that the medal has been found and recovered," Poulter said in a statement when the medal was found earlier this year. "A huge thank you to the couple who returned it to the Anaheim PD, as well as to everyone who has helped in this case. I am forever grateful."