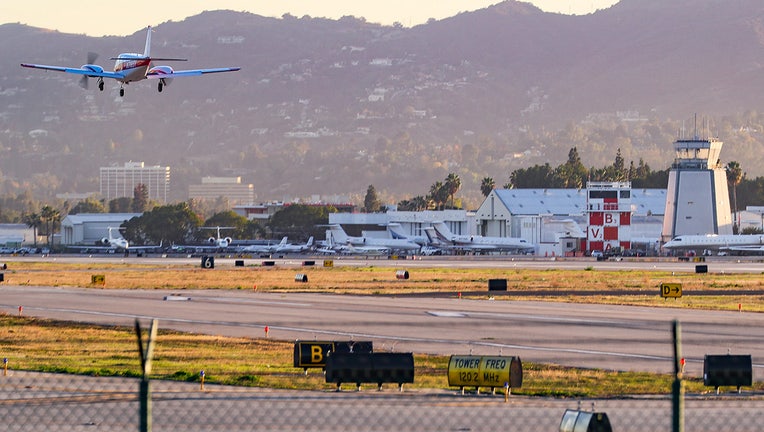 The lawmakers said residents of the region have suffered from increased airplane noise in recent years as departing planes from both Burbank and Van Nuys have tended to fly further to the south before making turns to the east or west, which has extended the reach of the noise problem in the
community.

The FAA said in a statement that it "will respond directly to the Congress members in an appropriate time frame."

Aircraft noise has been the chief topic of the San Fernando Valley Task Force, which is made up of members representing U.S. Sens. Dianne Feinstein and Kamala Harris and U.S. Reps. Adam Schiff, Brad Sherman, Ted W. Lieu and Tony Cardenas.

The body, which works with community members, the airports, and the FAA to attempt to reduce noise disturbances, is holding its last two meetings online Wednesday and Thursday nights.

"The task force has identified several areas where stricter adherence to traffic management procedures may lead to a meaningful reduction in the noise experienced by our constituents," the senators wrote.

"We encourage solutions that will result in aircraft departures from Hollywood Burbank and Van Nuys airports that reduce the noise and more equitably distribute the number of low-flying planes that cause noise disturbances on the ground," according to the letter.

An FAA spokesman said agency representatives have attended every meeting of the task force since its inception in August 2019, and have provided the panel with extensive information during that time.

At the conclusion of the final meetings, the panel is expected to present the FAA with a number of recommendations.