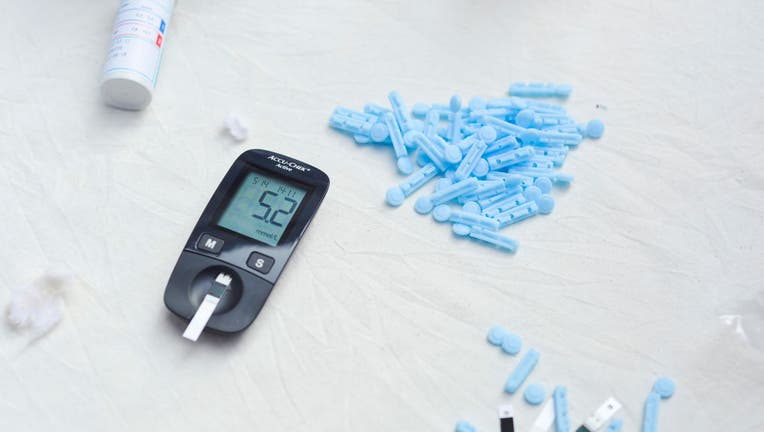 WASHINGTON - The U.S. Food and Drug Administration has approved a drug that can delay the onset of stage 3 type 1 diabetes in adults and pediatric patients 8 years and older who currently have stage 2 type 1 diabetes.

The agency gave the green light for the Tzield injection.

Health officials said Tzield binds to certain cells in the immune system and delays the progression to stage 3 type 1 diabetes. The drug may also deactivate the immune cells which attack insulin-producing cells, while increasing the proportion of cells that help moderate the immune response.

The drug is administered by intravenous infusion once daily for 14 consecutive days.

Side effects can include decreased levels of certain white blood cells, rash, and headache.

"Today’s approval of a first-in-class therapy adds an important new treatment option for certain at-risk patients," John Sharretts, M.D., director of the Division of Diabetes, said in a news release. "The drug’s potential to delay clinical diagnosis of type 1 diabetes may provide patients with months to years without the burdens of disease."

Researchers in the study said the link remained after adjusting for traditional diabetes risk factors.

The drug was approved after a randomized, double-blind, event-driven, placebo-controlled trial with 76 patients with stage 2 type 1 diabetes, according to the FDA. Participating patients were randomly given Tzield or a placebo for two weeks.

Type 1 diabetes is an autoimmune condition thought to be triggered through a combination of genetic and environmental factors. The pancreas goes on the attack, destroying the islet cells, which are the clusters of cells that make insulin, the hormone that regulates the amount of sugar in the blood. Early symptoms include severe thirst, frequent urination, hunger, fatigue, and blurred vision.

It is almost entirely different from type 2 diabetes, which occurs when the body produces enough insulin but loses the ability to regulate it properly. Far more common than type 1, type 2 is linked to obesity (though it can occur in slim people) and has been rising astronomically among adults — and even turning up among some children. Type 1 is more typical for kids.