Dad chokes coyote to death after it attacks child

Authorities said the father went into protection mode and suffocated the animal.

KENSINGTON, N.H. - A New Hampshire man fought off and killed a coyote on Monday after the animal attacked his young child, according to authorities.

The father was walking with his wife and three kids around 11 a.m. on a trail in Kensington, located about 30 miles east of Manchester, when the coyote suddenly charged the family and attacked the child, the Kensington Police Department said.

The 2-year-old child’s father, identified as Ian O’Reilly, “went into protection mode and suffocated the coyote until it succumbed,” police said. 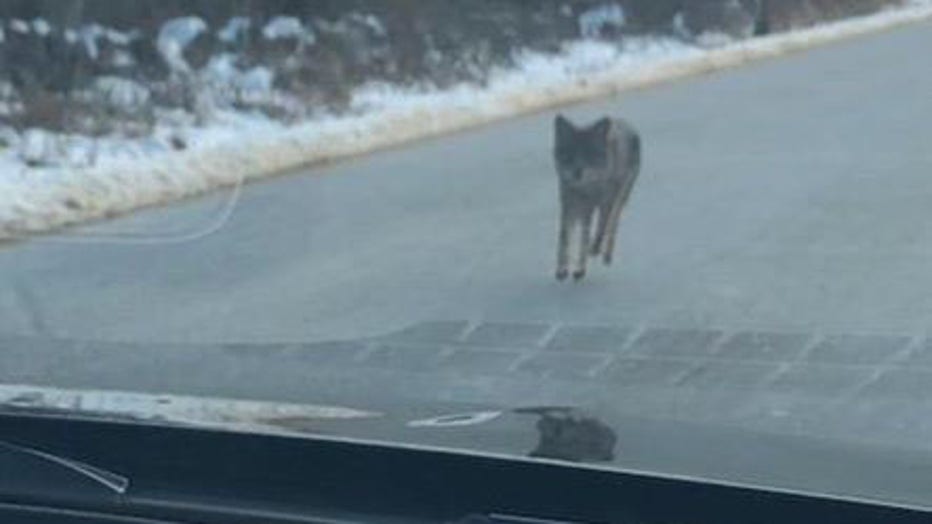 “There was no interest in it going away. (I) ultimately had to make the decision to become the aggressor and jumped on it, attacked it and (got) it to the ground," O’Reilly told Boston 25 News.

O’Reilly was bitten in the arm and chest by the coyote. The young child was also bitten, though the animal did not break his skin due to a snowsuit he was wearing at the time, according to Boston 25 News.

Earlier that morning, police said they received reports of the coyote also attacking a vehicle and biting a 62-year-old woman and her two dogs.

The New Hampshire Fish and Game was testing the animal’s body for rabies, police said.

O’Reilly, as well as the 62-year-old woman, were given a rabies booster shot as a precaution, authorities said.