The website was designed to only show general data about the number and location of concealed carry gun permits, broken down by year and county. But for about 24 hours starting Monday a spreadsheet with names and personal information was just a few clicks away, ready for review or downloading.

Katie Moussouris, founder and CEO of Luta Security, said there should have been access controls to make sure the information stayed out of the reach of unwanted parties, and the sensitive data should have been encrypted so it would have been unusable.

The damage done depends on who accessed the data, she said. Criminals could sell or use the private identifying information, or use permit-seekers’ criminal histories "for blackmail and leverage," she said.

Already some are attempting to use the information to criticize gun control advocates who they say were revealed as having concealed carry permits. An online site called The Gun Feed included a post calling out a top lawyer for the Giffords Law Center to Prevent Gun Violence. But the center said the site had the wrong person — someone with the same name as its lawyer.

Five other firearms databases were also compromised, but Attorney General Rob Bonta’s office has been unable to say what happened or even how many people are in the databases. 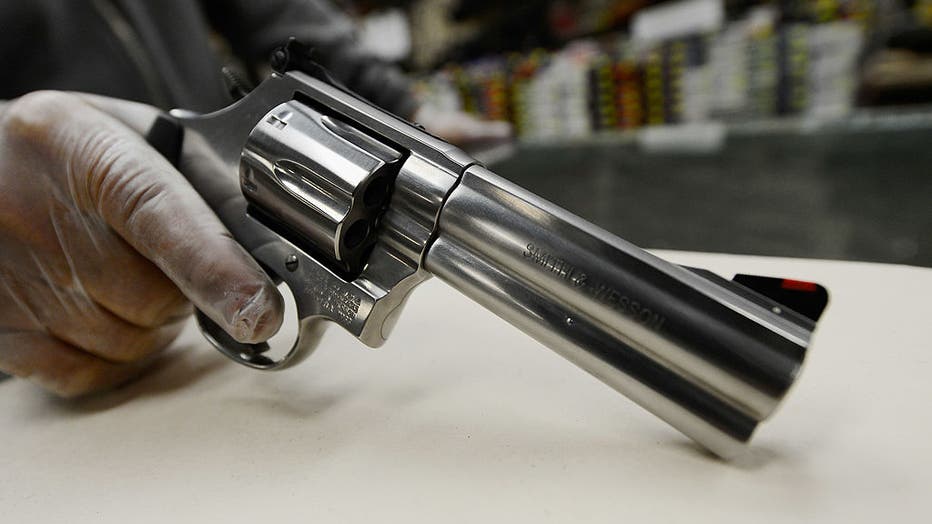 "We are conducting a comprehensive and through investigation into all aspects of the incident and will take any and all appropriate measures in response to what we learn," his office said in a statement Friday.

It said one of the other databases listed handguns but not people, while the others, including on gun violence restraining orders, did not contain names but may have had other identifying information.

"The volume of information is so incredibly sensitive," said Sam Paredes, executive director of Gun Owners of California.

"Deputy DAs, police officers, judges, they do everything they can to protect their residential addresses," he said. "The peril that the attorney general has put hundreds of thousands of people ... in is incalculable."

Attorney Chuck Michel, president of the California Rifle and Pistol Association, said he has been fielding hundreds of calls and emails from gun owners looking to join what he expects will be a class-action lawsuit.

The improper release came days after the U.S. Supreme Court made it easier for people to carry hidden weapons, and as Bonta worked with state lawmakers to patch California’s newly vulnerable concealed carry law.

No evidence has so far revealed that the leak was deliberate. Independent cybersecurity experts said the release could easily have been lax oversight.

Bonta’s office has been unable to say whether and how often the databases were downloaded. Moussouris said the agency has that information if it was keeping access logs, which she called a basic and necessary step to protect sensitive data.

Tim Marley, a vice president for risk management at the cybersecurity firm Cerberus Sentinel, questioned the speed of the agency’s response to a problem with a website that should have been constantly monitored.

"Given the sensitive nature of the data exposed and potential impact to those directly involved, I would expect a response in much less than 24 hours from notification to action," he said.

Bonta’s office said it is reviewing the timeline to see when it discovered the problem.

The design of public websites "should always be done with an effort to design security into the process," Marley said.

Developers also need to properly test their systems before launching any new code or modifying existing code, he said. Yet often organizations rush changes because they are focused "on making it work over making it work securely."

Every Republican state senator and Assembly member called on Bonta, a Democrat running for reelection, to increase his disclosures about the information lapse, which they said violates state law. They also asked for specific information about the release and investigation, and senators criticized the department for an apparent lack of testing and security.