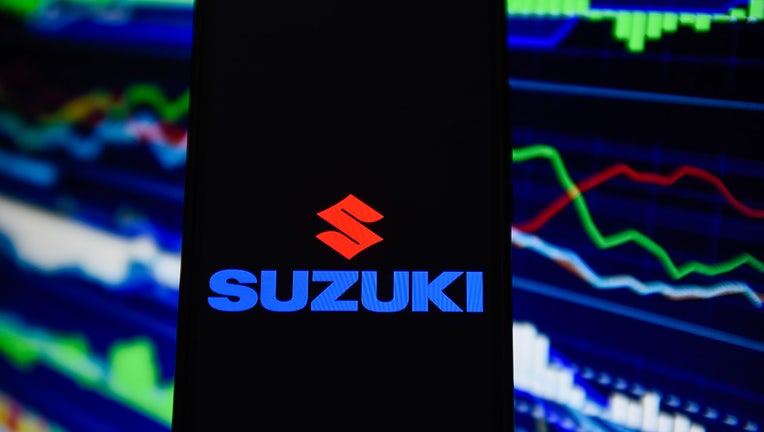 In this photo illustration a Suzuki logo is seen on an android mobile phone. (Omar Marques/SOPA Images/LightRocket via Getty Images)

BREA, Calif. - (CNS) - A former Suzuki Motor of America Inc. accountant was arrested today on charges of embezzling $1.8 million from her Brea-based employer over a five-year period.

She is accused of embezzling money from Suzuki while working in the accounting department from 2012 through 2017, the lieutenant said.

Mullion was fired in 2017 when allegations surfaced, Mercado said.