A San Bernardino woman was stabbed to death last Saturday in her apartment, allegedly by her ex-boyfriend, according to her family. And now, he's on the run. Briseida Guillen, 26, reportedly had a restraining order out against Jovanny Romo Arellanes, 29. There is now a one million dollar warrant out for his arrest.

SAN BERNARDINO, Calif. - Police in San Bernardino are searching for a murder suspect, accused of stabbing his ex-girlfriend to death inside her home last week.

Family members of 26-year-old Briseida Guillen told FOX 11 that she had a restraining order against her ex, identified by authorities as 29-year-old Jovanny Romo Arellanes.

Police searching for man who stabbed his ex-girlfriend to death

Guillen was discovered dead inside her home in the 1500 block of N. Sepulveda Avenue last Saturday when police responded to a possible domestic violence call. Police said that she had stab wounds to her upper body.

According to Guillen’s family, Arellanes, who is out on parole, showed up at her apartment, got into a fight and then killed her.

Arellanes was identified by witnesses and detectives later determined that he was responsible for Guillen's death, police wrote in a press release. 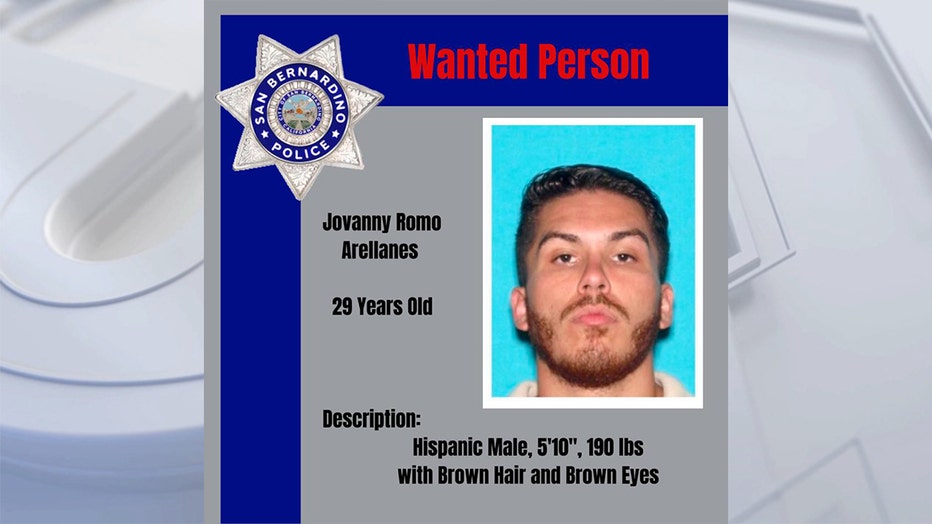 Family members of Guillen told FOX 11 that on the night she was killed, she texted friends that Arellanes showed up at her home, but by the time her friends arrived at her home to help, it was too late.

Guillen and Arellanes dated for two years but broke up six months ago. Her family members tell us that he stalked her and physically abused her in the past.

There is now a $1 million warrant out for Arellanes' arrest.

A GoFundMe was created to assist with Guillen's funeral costs.

Are you or someone you know a recent survivor of domestic violence? Help is available. You can reach the National Domestic Violence Hotline at 800-799-7233.