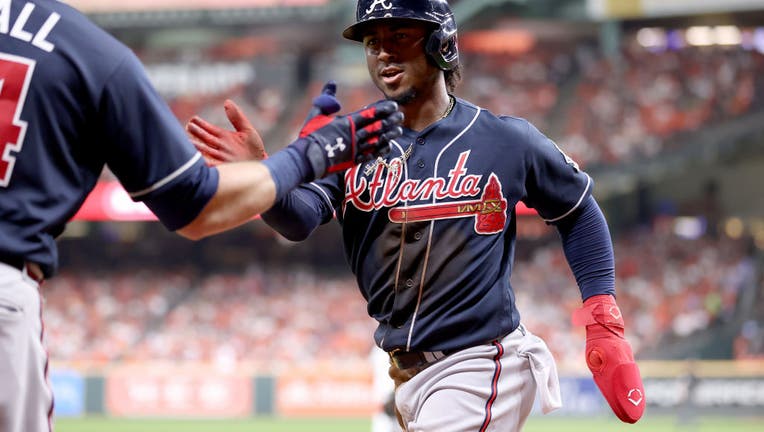 HOUSTON, TEXAS - OCTOBER 26: Ozzie Albies #1 of the Atlanta Braves celebrates after scoring a run on a double by Austin Riley (not pictured) against the Houston Astros during the first inning in Game One of the World Series at Minute Maid Park on Oct

HOUSTON (KTTV) - The Boys in Blue aren't in the Fall Classic, but Dodgers fans can still cheer for free tacos from Taco Bell. All thanks to a stolen base from Atlanta Braves star Ozzie Albies during Game 1 of the World Series.

For the 10th year in a row, Taco Bell's "Steal a Base, Steal a Taco" promotion kicked in for taco lovers across the country after Albies' steal in the opening frame.

MLB announced on Twitter everyone in America will get a free taco from the fast-food giant on Thursday, November 4.

Taco Bell announced on social media that you can get the free taco either online, in-store or through the fast-food giant's app.

You can click here for more information on the crunchy giveaway.

You can follow the World Series action right here on FOX 11.