Muriuki was the women's winner in 2:29:28 in her second marathon. The 33-year-old won the 2019 Honolulu Marathon in December in her debut at the distance.

African women have won nine of the last 11 races, with runners from the former Soviet Union winning the other two times.  A field estimated by organizers at more than 25,000 started the race shortly before 7 a.m. at Dodger Stadium. Runners and wheelchair and handcycle racers then headed through downtown Los Angeles, Echo Park, Hollywood, West Hollywood, Beverly Hills, Century City, Westwood, Brentwood and Santa Monica. 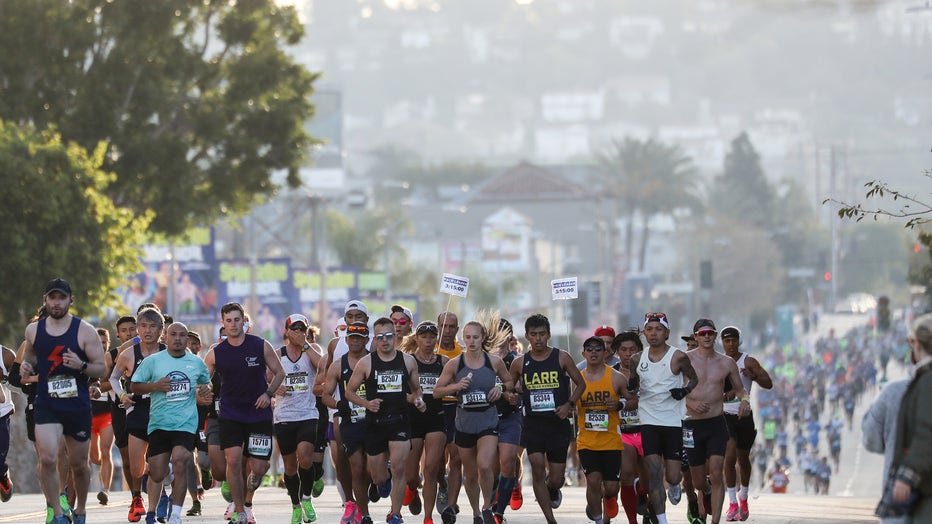 The previous high for nations with runners entered was 66, set last year.

The 2020 entrants included 131 runners who competed in all 34 previous editions of the race.

There is traditionally about a 10% dropoff from the number of entrants to the number of runners, Dan Cruz, the marathon's head of communications, told City News Service.

The race has a purse of $100,000, with equal prize money for men and women. The top five male and female finishers will receive prize money.