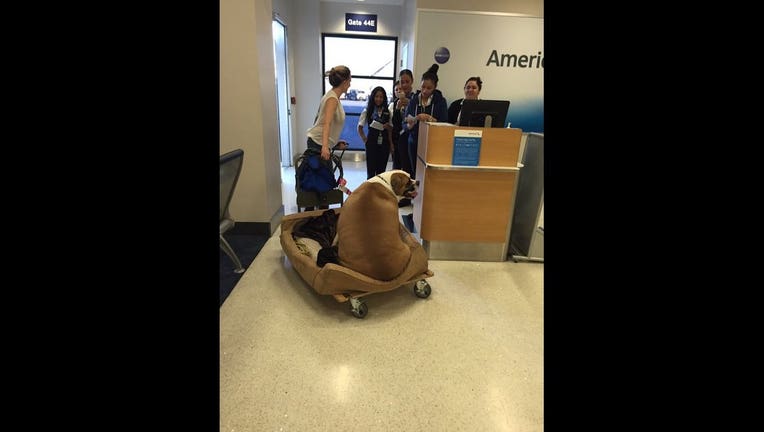 CALIFORNIA (FOX 32 News) - A picture of a giant dog boarding an American Airlines flight at LAX has gone viral.

The Mastiff, named Hank, was boarding a flight to Denver on Monday and it even flew first class. The owner of Hank spoke out saying it's her service dog, and that he detects seizures. Hank is only 3 years old.