Man in hospice granted dying wish of being baptized

Jenis James Grindstaff shared his wish with Spartanburg Regional’s chaplains, and employees started planning how to make it happen.

SPARTANBURG, S.C. - The dying wish of an elderly man in hospice to be baptized recently came true, thanks to the staff at a care facility in South Carolina.

Jenis James Grindstaff currently receives care at home from Spartanburg Regional Hospice and has been battling cancer for some time.

His family said his request to be baptized came as a bit of a surprise. Grindstaff had been born to religious parents but never seemed very religious himself, according to his son.

“He’s always read the Bible, but he had never been baptized,” Grindstaff’s son, Jim, said of his father. “He wanted to show he believed more than anything else.” Grindstaff communicated his wish to Spartanburg Regional’s chaplains, and the hospice staff started planning how to make it possible.

“I thought, ‘We’re going to make this happen,’” Jones added.

But Grindstaff couldn't be lowered into a traditional baptismal pool because of his medical issues, the hospital system said. His tub at home was also unsuitable because he wouldn't be able to get in and out.

As a result, medical staff brought in a 60-gallon tub designed to assist with patients who can't get in and out of traditional baths.

Video of the ceremony was posted Dec. 11 to the Spartanburg Regional Facebook page and has been shared more than 3,500 times. The hospital system said a number of employees worked together to make his wish a reality.

Grindstaff, who lives with his son Craig and daughter-in-law Pam, was also joined by his other son, Jim, for the special moment. Jim brought his family down from their Ohio home to be part of the ceremony, including his wife Sondra and grandchildren Lexie and Joshua.

The video shows Grindstaff dressed in a white T-shirt as water is poured over his head.

“In the name of the Father, Son and of the Holy Ghost, and in Jesus’ name,” Jones says in the video. “Amen. Come on and let’s celebrate, family. Hallelujah.”

Family members can be heard clapping in the background, and Grindstaff wipes the water from his face, adding: “That felt good.”

After the ceremony, nurses washed his hair and body and helped transfer him back to a stretcher and ambulance to transport him home, the hospital system said.

“I look at it as a ministry,” said Tameka Irvin, the hospice home nurse manager. “Being able to honor wishes like this baptism is heartwarming.”

Grindstaff is a Navy veteran who spent time serving in Cuba and Guantanamo, according to FOX News. He also worked for 25 years as an air traffic controller. 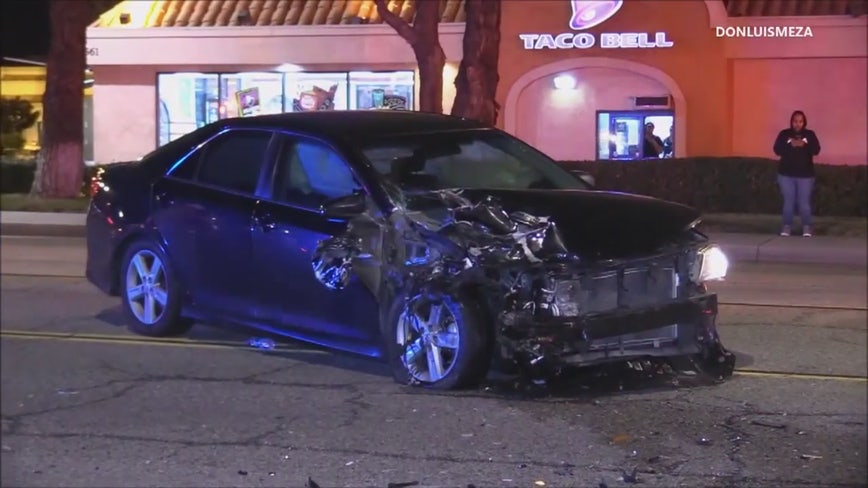