LOS ANGELES - A federal grand jury in Los Angeles has returned an updated indictment on Tuesday charging longtime Democratic Party operative Ed Buck with four additional felonies, including that he allegedly enticed victims -- including a man who died at his West Hollywood apartment -- to travel interstate to engage in prostitution.

Buck, 65, was arrested in September after being charged in federal court with providing methamphetamine to a man who died after receiving the drug intravenously. Since that time, federal authorities have continued to investigate Buck for additional crimes.

The four additional counts -- bringing the total number of charges in the case to nine counts -- include one count alleging that Buck knowingly enticed 26-year-old Gemmel Moore to travel to the Los Angeles area to engage in prostitution.

Buck allegedly provided meth to Moore, who overdosed on the drug and died on July 27, 2017.

Buck also is charged with another count of enticing another man to travel with the intent of engaging in prostitution.

The updated indictment also charges Buck with one count of knowingly and intentionally distributing meth, and one count of using his residence for the purpose of distributing narcotics such as meth, and the sedatives gamma hydroxybutyric acid (GHB) and clonazepam.

Buck is scheduled to go to trial in federal court on Jan. 19. His arraignment on the updated indictment is expected in the coming weeks.

Last year, a federal grand jury returned a five-count indictment alleging that Buck "engaged in a pattern of soliciting men to consume drugs that Buck provided and perform sexual acts at Buck's apartment," which is a practice described as "party and play." 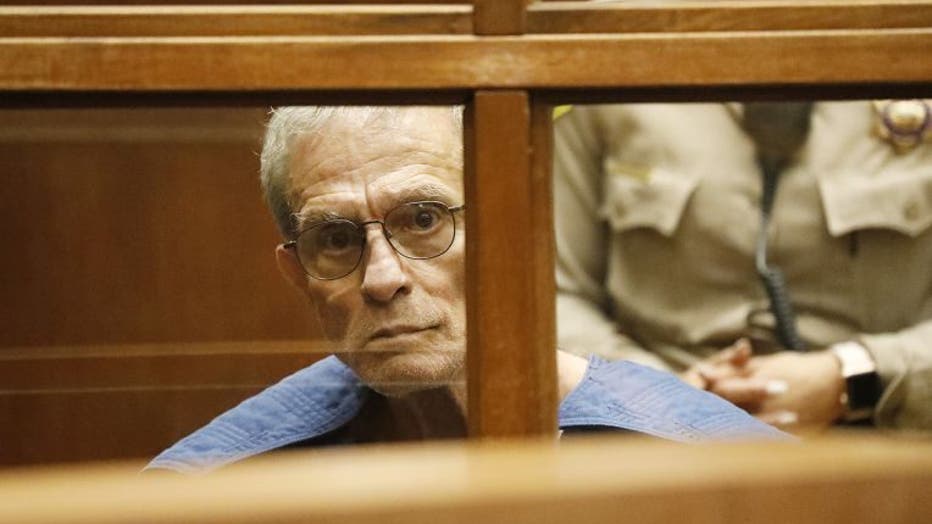 Buck allegedly solicited victims on social media platforms, including gay dating website, and used a recruiter to scout and proposition men. Once the men were at his apartment, Buck allegedly prepared syringes containing meth, sometimes personally injecting the victims with or without their consent, according to the indictment.

Buck also allegedly injected victims with more narcotics than they expected and sometimes injected victims while they were unconscious. Another victim, Timothy Dean, also suffered a fatal overdose in Buck's apartment, on Jan. 7, 2019, the indictment alleges.

Each of the charges alleging the distribution of narcotics resulting in death carries a mandatory minimum of 20 years in federal prison and possible maximum of life without parole. The four new charges carry a total possible maximum of 60 years behind bars.

Buck also faces charges, including operating a drug house, that were filed last year by the Los Angeles County District Attorney's Office. He is currently being held in federal custody without bond, and the federal case is expected to proceed first.