The Florida Highway Patrol said Nick Miner, 18, of Orlando, was the driver of a pickup truck that stopped to help another driver stuck on the side of the road, when he was hit and killed after another car crashed into his truck.

ORLANDO, Fla. - Classmates and loved ones of an Orlando school community are mourning the loss of a high school senior killed in a crash early Sunday.

The Florida Highway Patrol said Nick Miner, 18, of Orlando, was the driver of a pickup truck who stopped to help another driver stuck on the side of the road when he was hit and killed after another car crashed into his truck.

According to staff and classmates, Miner was a student at East River High School and was a quarterback on the football team.

Miner's teammates and loved ones set up a memorial at the crash scene Sunday. Many wrote on the memorial, "I love you" and "I miss you." 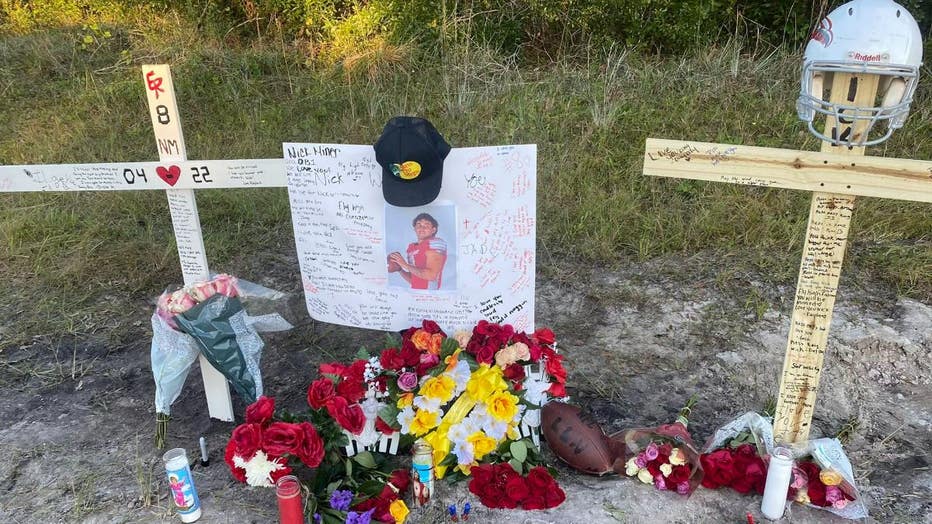 "It hurts. He was a brother of the family. I wish he was still here," Parker Stoner, Miner's football teammate, said. "Funny, always the class clown, but a leader on the field. Never gave up, always gave his all." 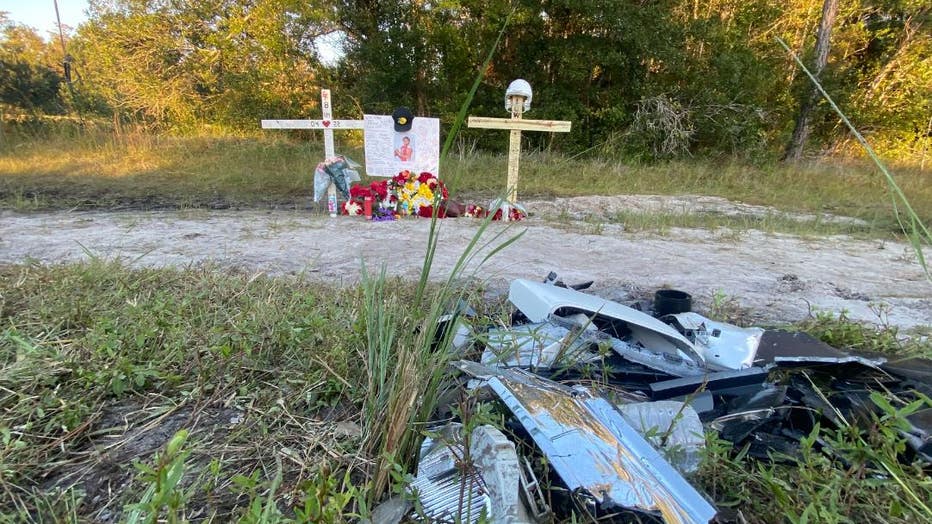 A message from the school's principal, Becky Watson, regarding the "tragic death of one our students" was also shared on the school's Facebook page:

In the statement, Watson said grief counselors will be available at the high school beginning Monday morning for students and staff members.

Troopers said the crash happened shortly after 1 a.m. on Dallas Boulevard, near Oberly Parkway in Orlando.

According to an FHP release, a 27-year-old driver of a white Honda Insight headed north on Dallas Boulevard in the northbound lane, "failed to observe" Miner's white Ford F-150 stopped in the road as he attempted to pull a gray Ford F-150 back onto the road, and struck the white Ford F-150.

As a result of the collision, the pickup truck overturned and Miner was thrown from the vehicle, killing him.

Two other people – a 17-year-old girl and a 20-year-old woman – who were standing outside the gray Ford F-150 when the crash happened, were hit by the other pickup truck when it overturned. Troopers said they were taken to Orlando Regional Medical Center with non-life threatening injuries.