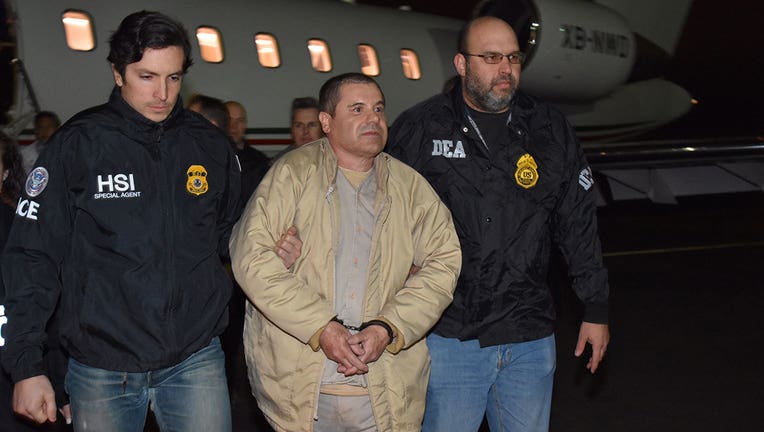 NEW YORK (AP) -- Newly unsealed documents about notorious Mexican drug lord Joaquin "El Chapo" Guzman contain claims by witnesses that he had sex with minors he called "vitamins," a disturbing allegation coming just as a jury is about to start deliberating in his U.S. drug-trafficking case.

According to papers made public late Friday, a key government cooperator told authorities Guzman had him drug girls as young as 13 before Guzman had sex with them at one of his Mexican hideouts in the late 2000s.

On Saturday, one of Guzman's lawyers called the accusations "extremely salacious" and questioned the timing of the government filing.

Guzman "denies the allegations, which lack any corroboration and were deemed too prejudicial and unreliable to be admitted at trial," attorney Eduardo Balarezo said in a statement. "It is unfortunate that the material was publicly released just prior to the jury beginning deliberations."

The jury is set to begin deliberations Monday after a nearly three-month trial on charges that as the head of the Sinaloa cartel, Guzman oversaw a drug-smuggling empire that flooded the U.S. market with at least 200 tons (181 metric tons) of cocaine and made $14 billion off of it. The defense says cooperating witnesses have made Guzman a scapegoat for their own crimes.

The unsealing of the documents came at the request of The New York Times and Vice News. U.S. District Judge Brian Cogan had ordered prosecutors to review the material -- orginally sealed because it was deemed unrelated to the drug charges -- and make portions of it public within four days after the government rested its case against Guzman.

One document says Colombian drug trafficker Alex Cifuentes, while living with Guzman around 2007, told investigators someone known as Comadre Maria would offer photos of young girls to Guzman. For $5,000, the one of Guzman's choice would be sent to a secluded Sinaloa ranch, Cifuentes said, according to the papers.

Guzman directed Cifuentes to put a "powdery substance" into the girls' drinks before sex, said Cifuentes. Guzman "called the youngest of the girls his `vitamins' because he believed that sexual activity with young girls gave him `life,"' he added.

Cifuentes also admitted having sex with minors but without drugging them. The document says other cooperating witnesses have backed up the claims about Guzman's interactions with underage girls.

The cooperator told the government that he saw Guzman "consulting with a witch doctor from whom he obtained sake oils," the papers said.

The documents also describe an interview with Guzman conducted by a Drug Enforcement Administration agent in 1998 at a Mexican prison where Guzman escaped two years later. They say he allegedly asked if he could avoid extradition to the United States if he provided information to the DEA about the drug-running operations of rival cartels.