LOS ANGELES - Hazy conditions and poor air quality will prevail across the Southland Friday as drift smoke from the wildfires burning in Central and Northern California moves through the Los Angeles Basin. 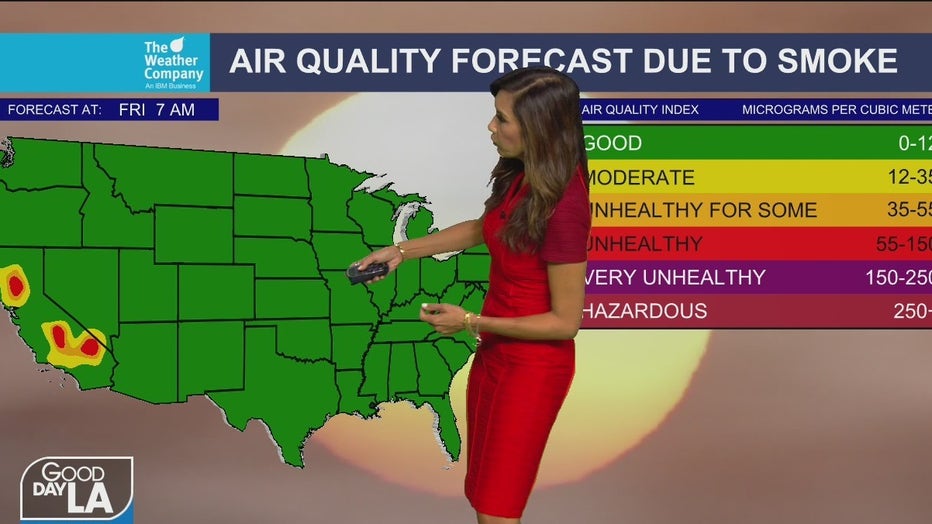 Fire authorities are asking residents not to call 911 to report smoke sightings and that there is not an active fire burning in the Angeles National Forest. 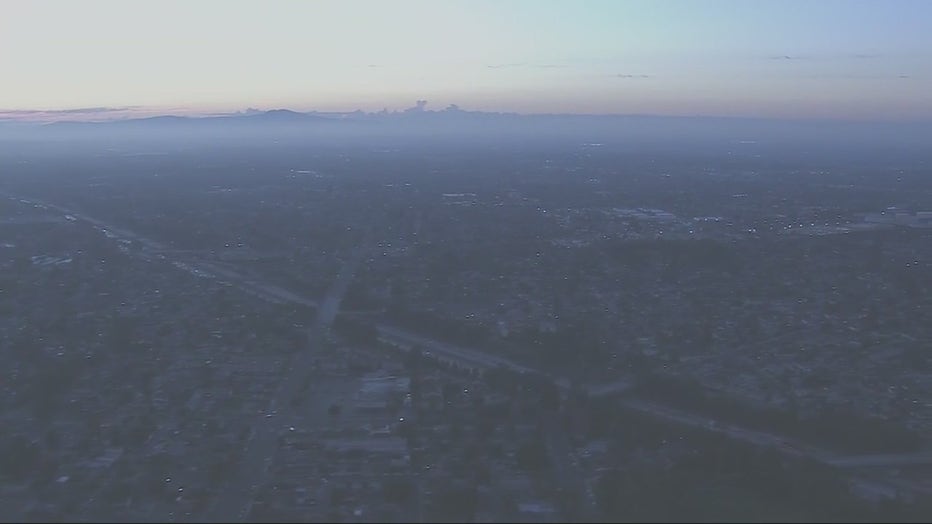 The onshore flow and northwesterly winds are pushing the smoke to the south and into the Los Angeles area, FOX 11 Meteorologist Maria Quiban explained.

Wildfire smoke from NorCal hovers over skies across Southland

According to the Los Angeles Fire Department, smoke that has been reported entering the Los Angeles basin "is from distant wildfires in North and Central California," and Southlanders were urged not to call 911 to report the smoke. 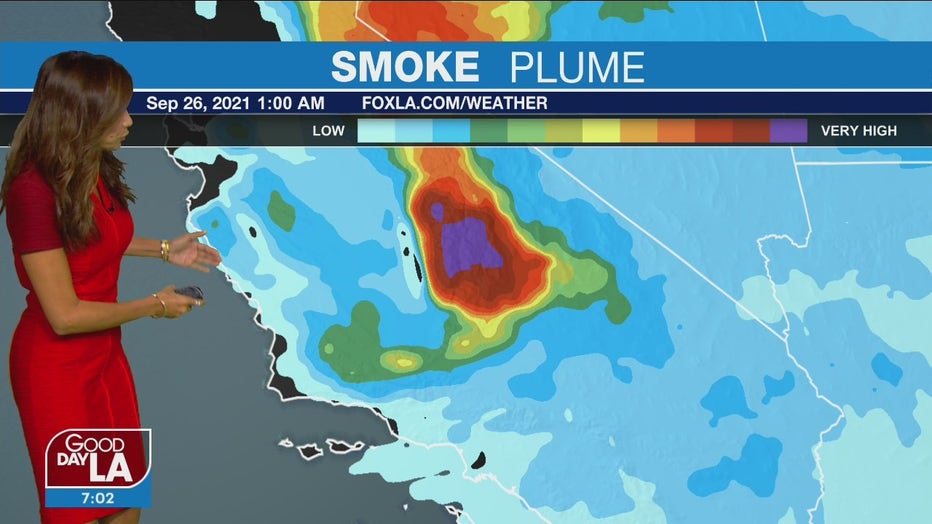 Some of the fires burning in Central California include the massive KNP Complex Fire and the Windy Fire.

"There is smoke looking towards mountains in San Bernardino, we have no active fires. This is likely drift smoke from the central/Northern California fires," CAL Fire San Bernardino said in a tweet.

The National Weather Service issued an Air Quality Warning in Kern County that remains in effect through Monday morning. 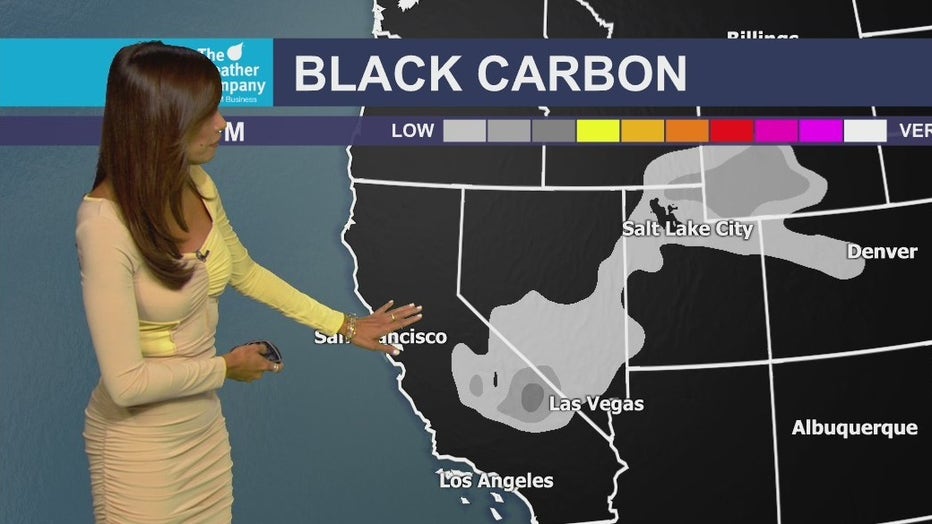 The black carbon map shows the smoke will continue to spread to the north and northeast and could even drift as far as Las Vegas, Salt Lake City, and Denver.

Those in sensitive groups are being asked to limit their time outdoors.