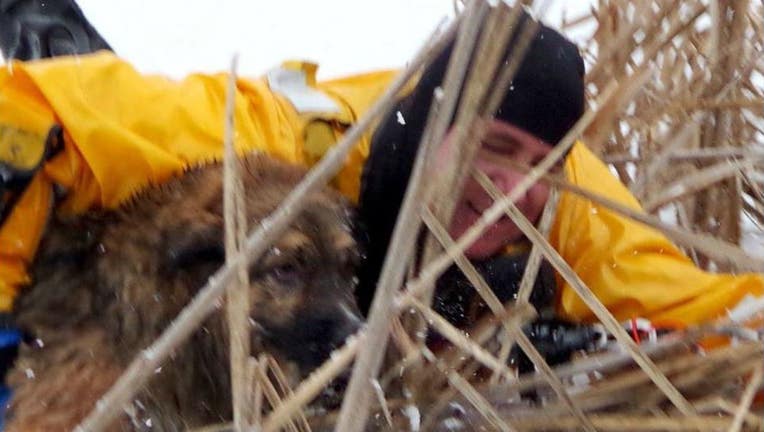 According to the Harlem-Roscoe Fire Protection District, crews were dispatched to Legends Lake in Roscoe.

It all started when a man noticed his dog was missing. He was driving around looking for it, when he noticed the animal struggling in an icy lake.

The owner found a kayak in a nearby yard and got in it to go try to rescue his dog. When the kayak began taking on water the dog's owner fell into the lake too.

When rescue crews arrived at the scene, a team was able to reach the dog's owner and pull him to safety. They then went in for the dog.

The dog was safe and reunited with its owner.

The dog and his owner will be going back to meet with the crew who saved them Thursday.