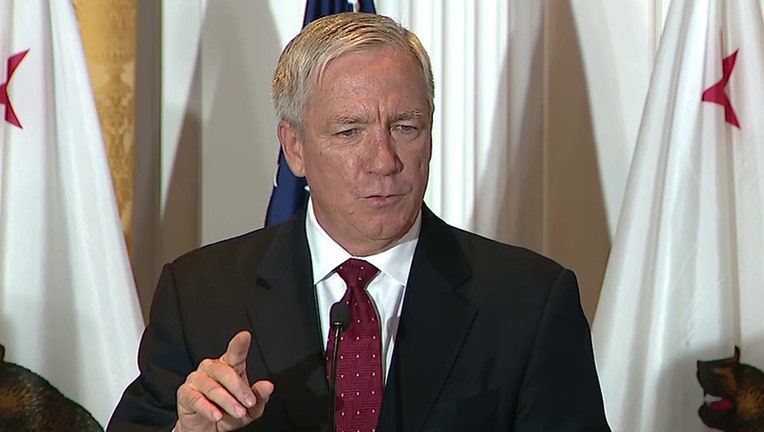 Former Republican Congressman Doug Ose announced Tuesday he is dropping out of the special election for Governor of California, citing health-related issues.

In a press release, Ose said he experienced "concerning medical symptoms," while at home on Sunday evening. After calling 911, he was rushed to a Sacramento hospital where he was treated for a heart attack.

"While I’m told I should expect a full recovery, additional procedures and potentially surgery are required, and it has become clear that I must now focus my attention on rehabilitation and healing. Sometimes you have to do things you don’t want to do it. It is what is: my campaign for governor is over."

'I know I can do a better job than Newsom': Former GOP congressman Ose eyes run for governor

He also added he believes "new leadership is required to bring back OUR California," and that he will continue to encourage voters to vote "YES" in the recall election.

Ose did not immediately throw his support behind another candidate.

California voters will head to the polls on Sept. 14 for the gubernatorial recall election after a petition to get Gov. Gavin Newsom out of officer gained enough verified signatures.

RELATED: Everything you need to know before you vote in the California governor recall election

Newsom has faced heavy scrutiny for the way he handled the COVID-19 pandemic, including shutdowns and strict mandates. Last November, Newsom was caught dining at a French restaurant indoors with friends, which did not follow COVID-19 guidelines that were in place at the time.

Some other candidates in the race include Larry Elder, Caitlyn Jenner, John Cox, Kevin Faulconer, and Kevin Kiley.

The Associated Press contributed. This story was reported from Los Angeles.