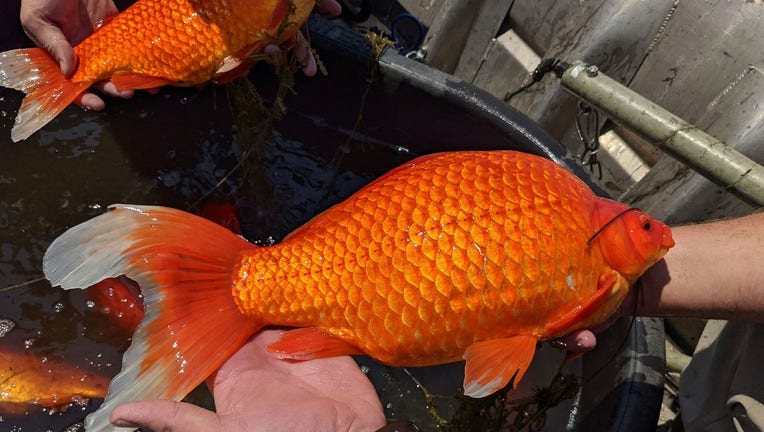 BURNSVILLE, Minn. (FOX 9) - City leaders in the Twin Cities metro are urging people not to release their pet goldfish in area lakes.

During a recent fish survey at Keller Lake in Burnsville, crews found invasive goldfish that had grown well beyond their typical size seen in fish tanks. Officials say large populations of goldfish can lead to poor water quality because the fish uproot plants and move sediments on the bottom of the lake.

"Instead of releasing your pet goldfish in a local lake or pond, please consider other options for finding them a new home like asking a responsible friend or neighbor to care for it," read the Facebook post from the city of Burnsville.

The survey was completed in partnership with Apple Valley and Carp Solutions.