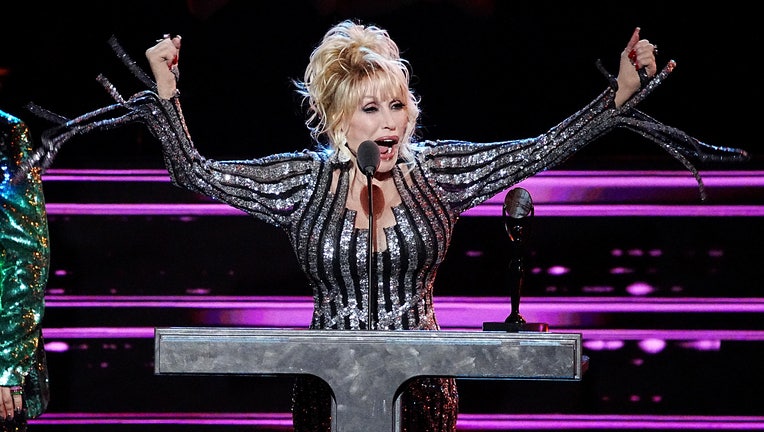 When Dolly Parton opened her theme park, Dollywood, she wrote a "really good song" to celebrate, but she wonders now if anyone will ever get to hear it: It’s buried in a time capsule that won’t be opened until 2045.

Kelly Clarkson asked Parton about it when the legendary entertainer stopped by her show this week.

"Is it true that you wrote a secret song that nobody else has ever heard and you put it in a time capsule?" Clarkson asked.

"Yes, and that has drove me crazy," Parton said. "Because I have written a song that nobody’s going to hear ‘til I’m 99 years old, and I might be there, I might not be."

Parton said she was asked to write a song for the time capsule, which also includes a cassette player and a CD player, among other items. The 76-year-old said it won’t be opened until she’s 99 — in 2045.

"And I tell you, you have no idea how that has bothered me. I wanna go dig that up so bad and think, well I need to use that song ’cause it’s like, it’s a really good song," she said. "That’s what bothers me, to think that it’s gonna be a song that nobody’s ever gonna hear if it rots in there before they open it."

Madison Alworth gets a look at what fans of Dolly Parton can expect if they pony up $10,000 to stay inside the singer's tour bus.

Parton, who has sold more than 100 million albums and holds three Guinness World Records for female artists, was inducted into the Rock & Roll Hall of Fame Nov. 5, after temporarily turning it down earlier this year.

These days, she’s known as much for her philanthropy as she is for her music, having donated $1 million to Vanderbilt University Medical Center in Nashville for coronavirus research in 2020. Her charity, The Imagination Library, provides children free books by mail every month. The program is available in all 50 states and five countries.

"I follow my heart," Parton said when asked about her coronavirus donation. "I’m a person of faith and I pray all the time that God will lead me into the right direction and let me know what to do. When the pandemic first hit, that was my first thought, ‘I need to do something to try to help find a vaccination.’

"I get a lot more credit than I deserve I think, but I was just happy to be a part of any and all of that."