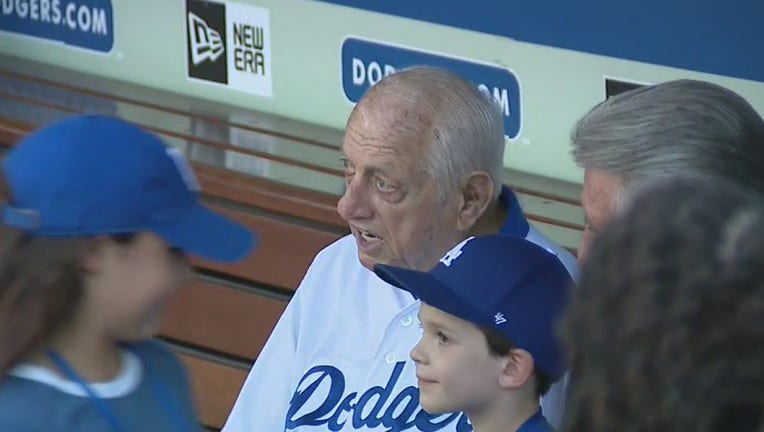 LOS ANGELES - The baseball world breathes a sigh of relief as Los Angeles Dodgers legend Tommy Lasorda has been released from the hospital.

The latest on Lasorda's health comes as the former Los Angeles Dodgers manager was taken to the hospital back in November in Orange County. Lasorda was in ICU but was resting comfortably, the team said at the time.

Fast-forward to Tuesday, January 4, the Dodgers announced on social media that Lasorda is finally back home and is resting comfortably.

Known for his fiery leadership as a manager, Lasorda helped the Dodgers win two World Series titles (1981 and 1988) and four National League pennants during the 21 seasons as the team's skipper from 1976 to 1996. He was inducted into the National Baseball Hall of Fame in 1997.