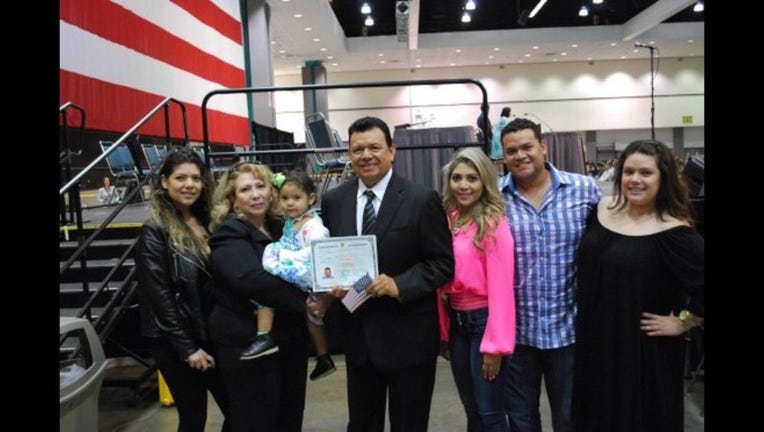 Thirty-five years after making his major-league debut with the Los Angeles Dodgers, Fernando Valenzuela has achieved another major milestone.

The Dodgers pitching great raised his right hand and took an oath of allegiance to the U.S. alongside approximately 8,000 others at a ceremony on Wednesday, officially becoming a U.S. citizen 36 years after he first entered the country, according to the LA Dodgers Blog.

Valenzuela's wife, Linda, was also granted her U.S. citizenship a few months ago.

The 54-year-old pitcher who became an instant hit in Los Angeles in his first full season in the majors in 1981 could have chosen to have a private ceremony, but instead opted to join the multitudes of fellow Angelenos in the mass ceremony on Wednesday.

To learn more on naturalization and the process of becoming a U.S. citizen, visit the USCIS website. If you'd like to read the Oath of Allegiance that Valenzuela took, you can view that here.

Read the full report on FOXSports.com.