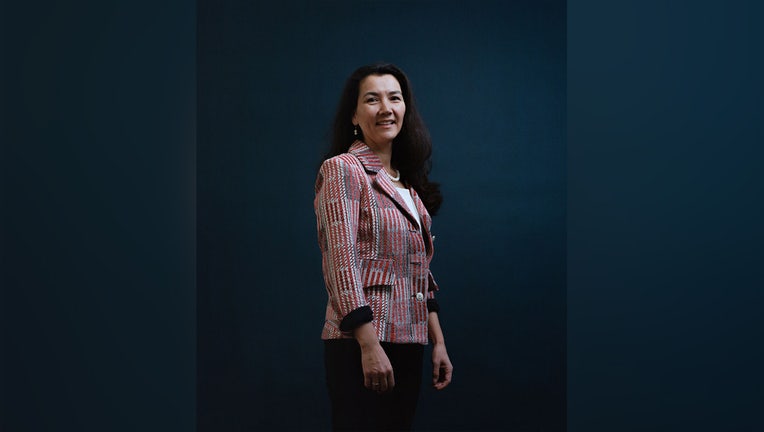 JUNEAU, Alaska - Democrat Mary Peltola won the special election for Alaska’s only U.S. House seat on Wednesday, besting a field that included Republican Sarah Palin, who was seeking a political comeback in the state where she was once governor.

Peltola, who is Yup’ik and turned 49 on Wednesday, will become the first Alaska Native to serve in the House and the first woman to hold the seat. She will serve the remaining months of the late Republican U.S. Rep. Don Young’s term. Young held the seat for 49 years before his death in March.

"I’m honored and humbled by the support I have received from across Alaska," Peltola said in a statement. "I look forward to continuing Don Young’s legacy of bipartisanship, serving all Alaskans and building support for Alaska’s interests in DC."

Peltola’s victory, coming in Alaska’s first statewide ranked choice voting election, is a boon for Democrats, particularly coming off better-than-expected performances in special elections around the country this year following the Supreme Court’s overturning of Roe v. Wade. She will be the first Democrat to hold the seat since the late U.S. Rep. Nick Begich, who was seeking reelection in 1972 when his plane disappeared. Begich was later declared dead and Young in 1973 was elected to the seat.

Peltola ran as a coalition builder while her two Republican opponents — Palin and Begich’s grandson, also named Nick Begich — at times went after each other. Palin also railed against the ranked voting system, which was instituted by Alaska voters.

All three - Peltola, Palin and Begich - are candidates in the November general election, seeking a two-year House term that would start in January.

The results came 15 days after the Aug. 16 election, in line with the deadline for state elections officials to receive absentee ballots mailed from outside the U.S. Ranked choice tabulations took place Wednesday after no candidate won more than 50% of the first choice votes, with state elections officials livestreaming the event. Peltola was in the lead heading into the tabulations.

State elections officials plan to certify the election by Friday.

"Alaskans have made clear they want a rational, steadfast, honest and caring voice speaking for them in Washington D.C., not opportunists and extremists associated with the Alaska Republican Party," state Democratic party chair Michael Wenstrup said in a statement.

Wednesday’s results were a disappointment for Palin, who was looking to make a political comeback 14 years after she was vaulted onto the national stage when John McCain selected her to be his running mate in the 2008 presidential election. In her run for the House seat, she had widespread name recognition and won the endorsement of former President Donald Trump.

"Though we’re disappointed in this outcome, Alaskans know I’m the last one who’ll ever retreat," Palin said in a statement.

Begich in a statement congratulated Peltola while looking forward to the November election.

During the campaign, critics questioned Palin's commitment to Alaska, citing her decision to resign as governor in July 2009, partway through her term. Palin went on to become a conservative commentator on TV and appeared in reality television programs, among other pursuits.

Palin has insisted her commitment to Alaska never wavered and said ahead of the special election that she had "signed up for the long haul."

Peltola, a former state lawmaker who most recently worked for a commission whose goal is to rebuild salmon resources on the Kuskokwim River, cast herself as a "regular" Alaskan. "I’m not a millionaire. I’m not an international celebrity," she said.

Peltola has said she was hopeful that the new system would allow more moderate candidates to be elected.

During the campaign, she emphasized her support of abortion rights and said she wanted to elevate issues of ocean productivity and food security. Peltola said she got a boost after the June special primary when she won endorsements from Democrats and independents who had been in the race. She said she believed her positive messaging also resonated with voters.

"It’s been very attractive to a lot of people to have a message of working together and positivity and holding each other up and unity and as Americans none of us are each other’s enemy," she said. "That is just a message that people really need to hear right now."

Alaska voters in 2020 approved an elections process that replaced party primaries with open primaries. Under the new system, ranked voting is used in general elections.

Under ranked voting, ballots are counted in rounds. A candidate can win outright with more than 50% of the vote in the first round. If no one hits that threshold, the candidate with the fewest votes is eliminated. Voters who chose that candidate as their top pick have their votes count for their next choice. Rounds continue until two candidates remain, and whoever has the most votes wins.

In Alaska, voters last backed a Democrat for president in 1964. But the state also has a history of rewarding candidates with an independent streak. The number of registered voters not affiliated with a party is greater than the number of registered Republicans or Democrats combined, according to statistics from the Division of Elections.

The last Democratic member of Alaska's congressional delegation was Mark Begich, Nick Begich's uncle, who served one term in the U.S. Senate and lost his 2014 reelection bid.

U.S. Sen. Lisa Murkowski, a Republican, said Peltola "has a long track record of public service to our great state" and said she looks forward to Peltola joining the congressional delegation, which also includes Republican U.S. Sen. Dan Sullivan. Murkowski and Peltola were in the state Legislature together.