Delta Air Lines is reducing flights to South Korea while Hawaiian Airlines will suspend them entirely, as airlines deal with growing concern about the spread of the new virus beyond China.

Delta said Wednesday that it will suspend flights between Seoul and Minneapolis after Saturday and running through April 30. Delta also said it will reduce flights from Seoul to Atlanta, Detroit and Seattle to five times a week. The airline said last fall that it was operating about 28 flights per week on those routes.

The Atlanta-based airline, the world’s largest by revenue, will also delay the start of new flights between Seoul’s Incheon Airport and Manila. Instead of beginning March 29, the launch has been pushed back to May 1.

Hawaiian Airlines said it will suspend flights between Honolulu and Seoul starting next Monday and running through April 30. The carrier currently flies the route five times a week.

Hawaiian CEO Peter Ingram called the suspension prudent because of the rise in COVID-19 cases in South Korea and the effect the outbreak is having on demand for leisure travel by Koreans.

Delta, United Airlines and American Airlines have already suspended all flights to and from mainland China and Hong Kong. United said this week that demand for service to China had disappeared, and that March bookings for flights elsewhere in the Asia-Pacific region had plummeted 75% since the outbreak. 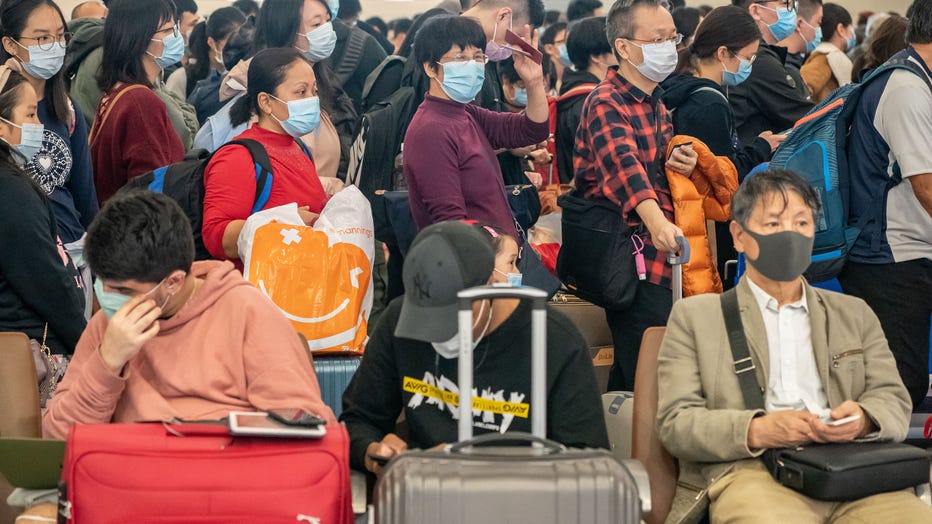 Fear about the virus is hitting cruise lines and other travel companies hard too. Booking Holdings Inc., the parent of travel search and booking sites including Kayak and Priceline, said the virus had “a significant and negative impact across our business" in the first quarter.

“It is not possible to predict where, and to what degree, outbreaks of the coronavirus will disrupt travel patterns,” the company said.

The number of new cases of the COVID-19 virus reported Tuesday was greater outside China than inside China for the first time, according to the World Health Organization. South Korea has reported more than 1,200 cases and 11 deaths.

Shares in the U.S. airlines that fly to Asia have been hammered — they have been among the biggest losers during this week's stock market downturn.

The stocks — along with those of cruise companies — continued to fall Wednesday, even as the broader market stabilized after a two-day rout.