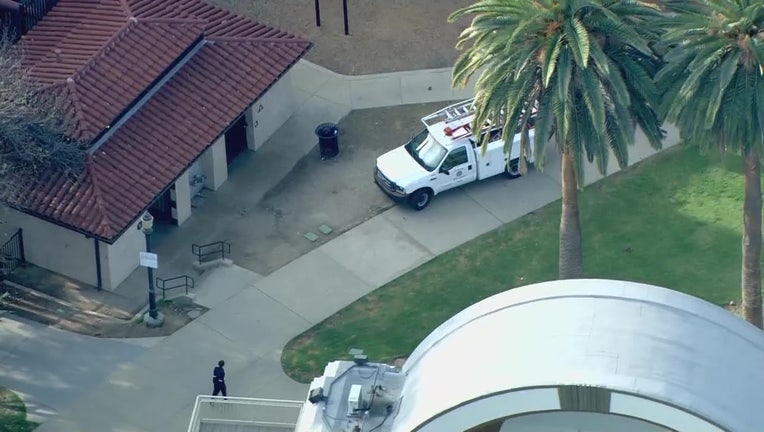 PASADENA, Calif. - The body of a dead infant was discovered in a bathroom stall at Memorial Park in Pasadena on Thursday night, police said.

Pasadena Police officers responded to the park, located at 85 E. Holly Street, around 10:10 p.m. regarding a call of a possible lifeless infant located in a stall of the women’s restroom.

Officers canvassed the area for evidence and witnesses before detectives took over the investigation.

The infant's body was discovered by maintenance staff who were preparing to clean the restrooms. The employees immediately called the police department.

The infant's cause of death remains under investigation.

Authorities are now working to determine the identity of the infant and locate her parents.

Pasadena Police is urging anyone with information about this case to call the Pasadena Police at 626-744-4241 or you may report information anonymously by calling "Crime Stoppers" by dialing 800-222-8477, use your smartphone by downloading the “P3 Tips” Mobile APP on Google play or the Apple App Store or by using the website http://lacrimestoppers.org.