$5M in ancient art at Dallas Museum of Art destroyed by man "mad at his girl," police say

A 21-year-old man who police said broke into the Dallas Museum of Art, destroying $5 million worth of ancient artifacts, reportedly said he did it because he was "mad at his girl." Police say he evaded security guards at the museum, smashed glass casings, and destroyed ancient Greek items, at least one of which was from 450 BC.

DALLAS - A 21-year-old man who police said broke into the Dallas Museum of Art, destroying $5 million worth of ancient artifacts, reportedly said he did it because he was "mad at his girl."

This happened just before 10 p.m. Wednesday, when a spokeswoman for the museum said someone "forcibly entered" the museum.

Police later identified the suspect as Brian Hernandez, who was taken into custody shortly after leaving the scene. He has been charged with criminal mischief. 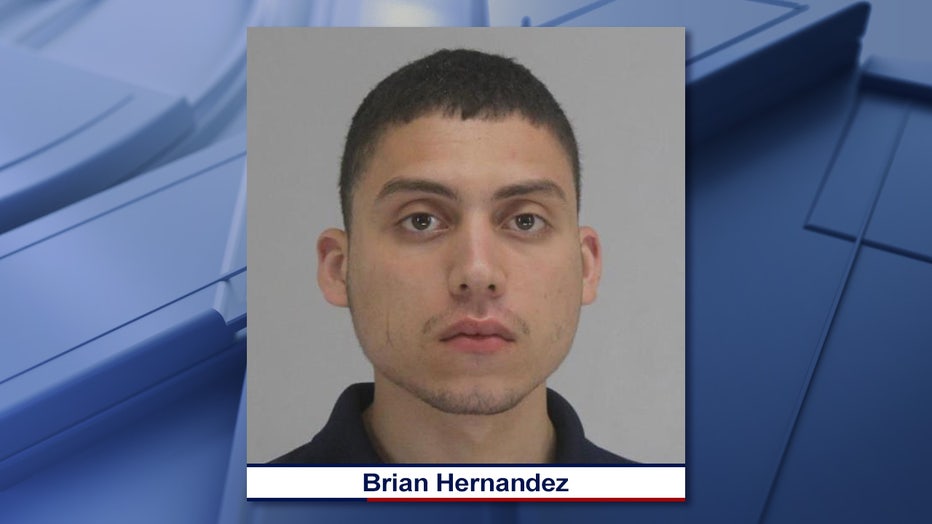 Dallas police said he evaded security guards at the museum, smashed glass casings, and destroyed ancient Greek items, at least one of which was from 450 BC.

The Dallas Museum of Art is still open to the public, but certain parts are closed due to the damage.

Many who went to the museum Thursday didn’t know what happened until they arrived.

"Honestly, it’s really saddening. I am a big fan of the DMA, it has such historical art. It’s a tragic event to the whole Dallas community and we hope they can recover," Amail Beimenec said.

Court documents state that surveillance cameras caught a man with a "metal chair" in his hand at the door.

Shortly after a 9-1-1 call from inside the museum, the dispatcher told investigators the person admitted he broke in.

"It was someone that seemed to be angry, and his purpose was to get his anger exercised with the smashing, anything that he could find of glass," said Agustin Arteaga, who is with the Dallas Museum of Art.

The responding security guard told police he asked Hernandez why he broke, and Hernandez's alleged response was that he was mad at his girl so he broke in and started destroying property.

The most expensive items destroyed were a sixth-century Greek vase and a red figure pyxis that dates back to 450 BC.

"He went through other spaces and did not hurt any other works, didn't touch anything, didn't have the intention of stealing anything," Arteaga said. "It was just his anger that drove that person to do what it did."

Arteaga said the alleged "girl" Hernandez was mad at is not an employee or associated with the museum.

"We don't have any connection that we know of, or that person, related to the DMA," Arteaga added.

Recently, a man protesting climate change threw a cake at the Mona Lisa on display at the Louvre Museum in Paris.

The frame protected the actual painting from being damaged.

Arteaga said there has never been any real damage to the Dallas Museum of Art, until now.

"This is something that we've seen recently on a different level, you know, the Mona Lisa being attacked at the Louvre. But we have a marvelous record of 120 years when we never suffer any kind of situation like this," he said.

Museum officials think this was just a man acting out.

Other items, like a laptop and glass cases, were also destroyed.