During the game, the stadium held a moment of silence for the death of NBA legend Kobe Bryant. He was killed in a helicopter crash on Sunday when it crashed in Calabasas. The crowd chanted 'KOBE' as the moment of silence came to a close. 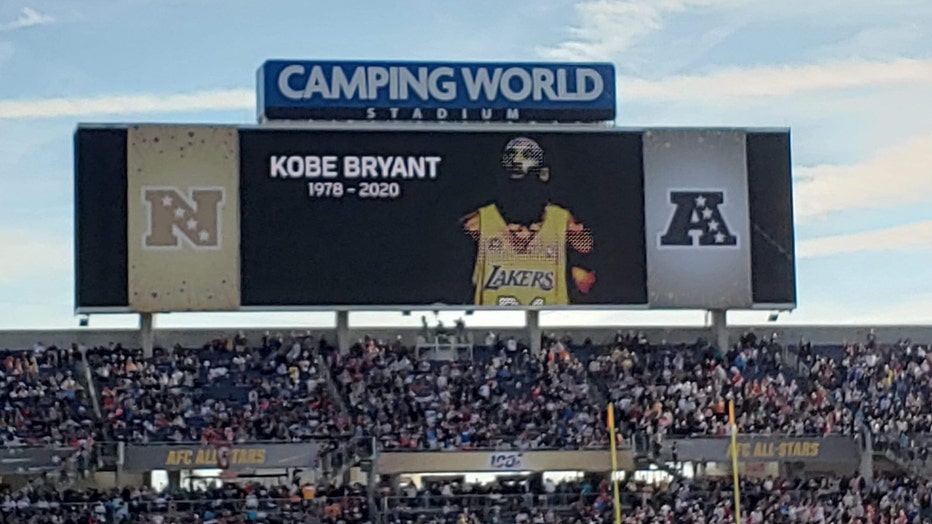 Kobe Bryant and his wife, Vanessa Bryant, had a foundation together that worked to improve the lives of youth and families in need, both domestically and globally. Donations can still be made to his foundation on the Kobe and Vanessa Bryant Family Foundation website.