Crews are responding to a brush fire in Jurupa Valley Friday night.

RIVERSIDE COUNTY, Calif. - A firefighter was injured while responding to a brush fire in Jurupa Valley Friday night.

Cal Fire and the Riverside County Fire Department responded to a call near the intersection of Limonite Avenue and El Palomino Drive a little after 5:45 p.m. The brush fire started behind nearby businesses and has reached a nearby Rite Aid, officials said.

Video obtained by FOX 11 showed a firefighter being treated in an ambulance. 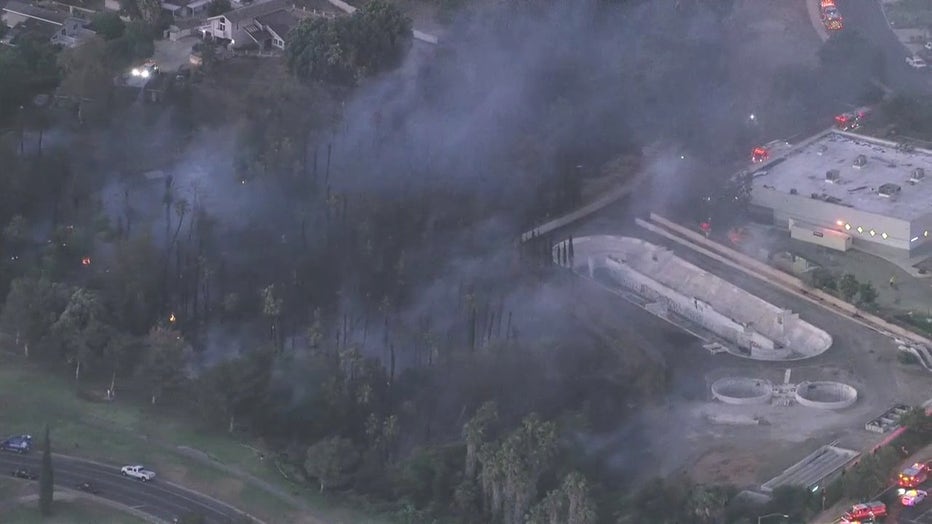 Video obtained by FOX 11 shows groups of nursing home residents being evacuated from the building. 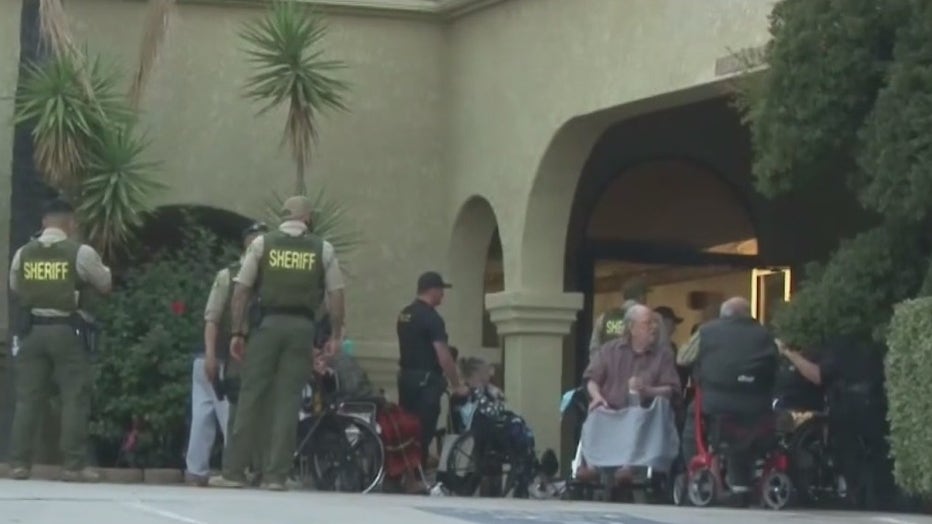