The structure fire broke out inside a commercial building at 800 S. Ocean Front Walk in Venice around 6:15 a.m. Active flames were extinguished 2 hours, 17 minutes later, according to the Los Angeles Fire Department. 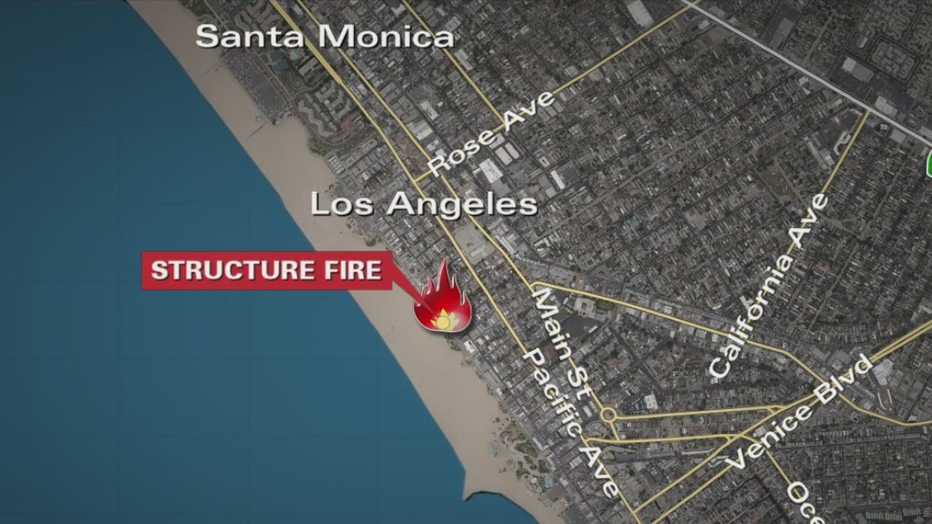 More than 100 LA City Firefighters responded to the scene and immediately went into a defensive mode. Flames from the blaze could be seen through the roof of the commercial building.

The building -- heavily damaged and now unstable, the LAFD said -- is a two-story 6,952-square-foot structure.

Investigators said the fire was believed to have started from an outdoor fire at a homeless encampment that extended into a one-story commercial building. The fire became heavily involved and threatened two nearby structures.