A man who was wanted in connection to the shooting death of a dad of three in Covina is now in custody.

COVINA, Calif. - A man suspected of fatally shooting a dad of three in Covina is now charged with murder.

Casias was pronounced dead after the shooting. A GoFundMe page has been launched to help the grieving family.

"This is an especially heartbreaking incident since Mr. Casias was simply acting as a good Samaritan. As we seek to ensure accountability, we also will make every possible service available to the victims and their families," District Gascón said in a press release.

Thompson faces one felony count each of murder, attempted murder, assault with a semiautomatic firearm – a Colt 45, attempted carjacking, second-degree burglary of vehicle, resisting executive officer, vandalism and possession of a firearm by a felon, according to Gascón's office.

THE STANDOFF AND ARREST

On December 22, the Covina Police Department responded to a tip from the 5100 block of North Bonnie Cove Avenue. According to police, a UPS driver spotted a suspicious man hiding inside an apartment complex in the area.

The man, later identified as Thompson, was wanted in connection to Joey Casias' shooting death. After officers found Thompson in the outdoor patio area of the apartment and the suspect refused to surrender, a four-hour standoff ensued. 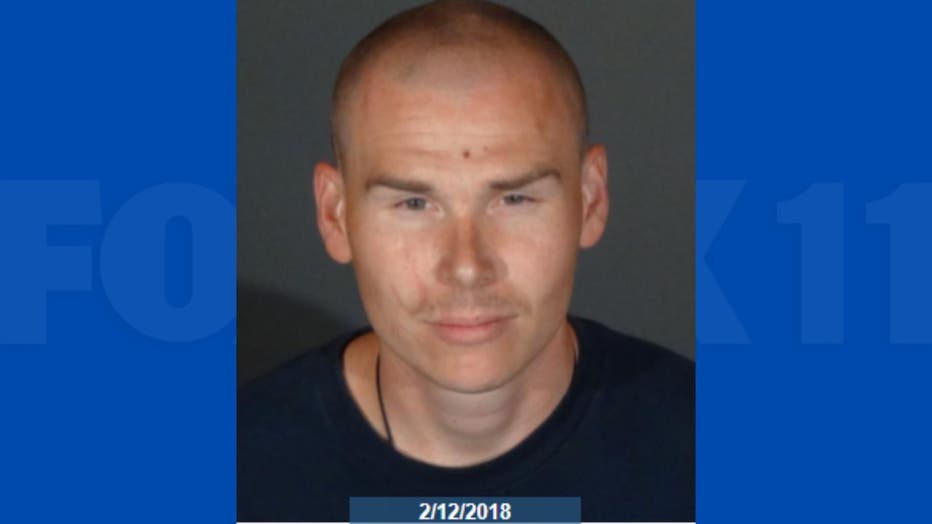 At one point during the tense incident, Thompson fired a round, Covina PD said in a press release. Thompson also climbed out of the patio carrying a handgun and tried to run away from the officers. One of the officers fired a nonlethal and eventually took Thompson into custody.

Father shot and killed after confronting thief in Covina neighborhood

A father of three is dead after he and a group of neighbors confronted a man who they witnessed stealing from cars in their Covina neighborhood.

A group of neighbors saw a suspect trying to steal from cars in their Covina neighborhood and confronted the alleged thief. During the confrontation, a fight broke out and the suspect shot and killed Casias.

Casias' mother told FOX 11 that her son tried to break up the fight but was shot.