Black Friday will look different this year, as businesses choose to put sales online in order to reduce overcrowding at stores.

The push to hire temporary workers has begun in earnest this holiday season — in some cases, weeks earlier than last year. But the pandemic has reshaped the kinds of jobs retailers are recruiting for.

As more shoppers shy away from stores and shift their purchases online during the pandemic, retailers have stepped up the pace of hiring at warehouses. At the same time, they are looking for workers who can handle new tasks like checking temperatures and booking store appointments for shoppers who still want the in-store experience but are jittery about exposure to the coronavirus. 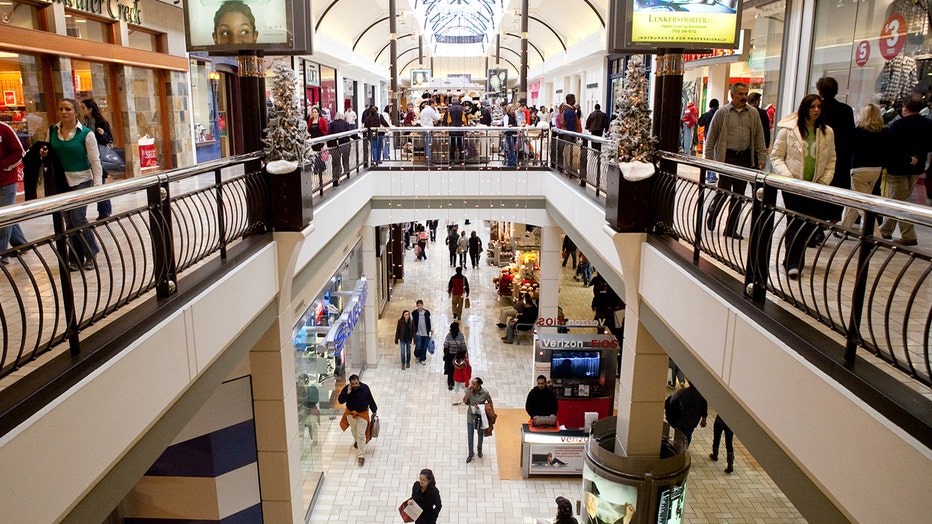 Signet Jewelers, which operates Zales and Jared, is hiring concierges who book store appointments, handle crowds and help out with curbside pickup at its stores during the holiday season. It began its recruiting efforts late summer instead of early fall.

“We needed an early start because of the uniqueness of the environment,” said Bill Luth, executive vice president of Signet, which plans to hire 4,000 holiday workers, similar to last year.

Andrew Challenger, vice president of global outplacement firm Challenger, Gray & Christmas, expects the number of holiday jobs will be lower than the 702,000 jobs added in 2019, as store closings offset the surging demand for warehouse workers. More than 40 retailers have filed for Chapter 11 bankruptcy this year, including more than two dozen retailers since the coronavirus outbreak.

Retail store jobs were down 13% the week ending Oct. 13 compared to the week of March 1 before the pandemic hit, according to Snagajob, which recruits for with major retailers. Postings for e-commerce warehouse jobs, however, were up nearly fourfold.

Some big box stores and warehouses may nonetheless end up hiring fewer seasonal workers because they already added hundreds of thousands of workers in March and April to meet a sudden surge online ordering when the pandemic began.

Amazon said it plans to hire 100,000 people for the holidays, half the amount it hired last year. But the retailer has increased hiring throughout the year, adding 175,000 people in March and another 100,000 in September.

Target said it expects to hire more than 100,000 people for the holiday season, about the same as last year. Store workers may also be doing double duty. Someone tasked with folding shirts, for example, may be asked to bring items to shoppers in the parking lot for curbside pickup.

Walmart is hiring more than 20,000 seasonal associates at its e-commerce fulfillment centers. That's higher than last holiday season, though the company declined to give a figure. Walmart has already hired more than 500,000 workers in stores and across its distribution centers since March.

Filling some of these temporary holiday jobs, however, may not be easy, even in the face of a high unemployment rate brought on by the pandemic. Like shoppers, many workers are nervous about the spread of coronavirus and the thought of being in a packed warehouse or a crowded store holds little appeal despite the paycheck.

Liisa Luick, a 13-year veteran at a Macy’s store in the Seattle, Washington area, says she won’t be working extra holiday hours as she did in years past — even as her hours were cut after COVID-19 to 31 hours a week from 43. The 53-year-old said she’s worried about getting exposed to the virus and she also believes the tensions among shoppers will be higher.

“I told them don’t count on me,” said Luick who works in the men’s clothing department. “The extra money would be nice, but it’s not worth the risk.”

Radial, which fills online orders for brands including Payless and Cole Haan, plans to hire more than 25,000 seasonal workers at its 26 fulfillment centers, 40% more than last year. Ilias Simpson, Radial’s senior vice president of fulfillment, said it has received many applications from people laid off from restaurants and other hard-hit sectors.

Still, he said virus exposure fears and extra federal unemployment benefits early in the pandemic made some people reluctant to take on warehouse jobs.

“There are definitely some challenges this year,” Simpson said.

Safety protocols are key this year to attracting workers, he said. The company has invested in technological solutions, including badges that alert workers if they are less than six feet from someone else. Radial has also installed thermal imaging kiosks that screen for fevers and provide reminders to wear masks. It has about 200 robots to help with the picking and packing, intended to help with social distancing.

Other companies have used bonuses and pay increases to attract workers, expecting the competition to be stiff in some cities.

In September, Walmart raised its minimum hourly pay to $15 from $11 for certain store jobs. Target has raised in minimum hourly wage to $15 and just announced it would be giving $200 bonuses to workers, including seasonal hires — the fourth time it shelled out bonuses to workers this year. Amazon, where starting pay is $15 an hour, is offering sign-on bonuses of $1,000 for new hires.

Call center jobs have been in high demand because many of them allow people to work from home, a prospect that is particularly appealing to working mothers, according to Greg Hanover, CEO of LiveOps, a virtual call center based in Scottsdale, Arizona, that works with fashion companies and department stores.

LiveOps is getting 5,000 applicants a week, compared to 1,700 a year ago. The company is hiring up to 3,000 seasonal workers, double the number it brought on last year, Hanover said.

“We are not seeing any challenges in any region," he said. “They like the idea of working from the safety of the home.”