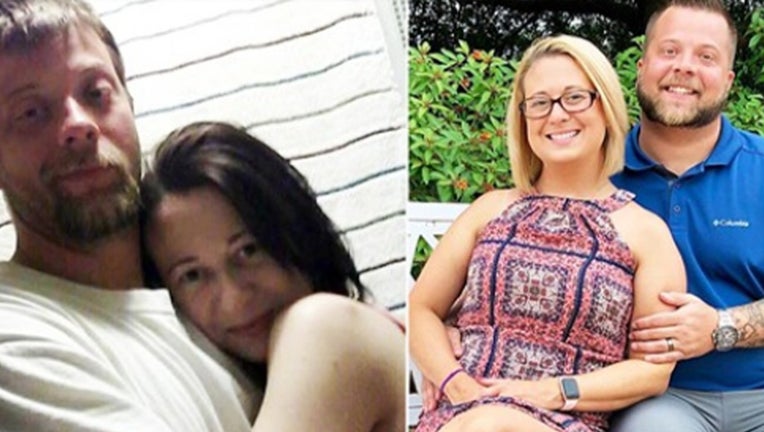 CLEVELAND, Tenn. - Brent Walker has struggled with addiction since he was just 9 years old.

The 30-year-old from Tennessee said that's when he first started smoking cigarettes. By 12, he was smoking marijuana and using pain pills. At 15, "I was full-blown into anything and everything I could get my hands on, including acid, ecstasy and Molly."

He admits he also started dealing drugs. It was when his brother died in a drinking and driving accident that Walker turned to meth.

On July 26, Brent and his wife Ashley celebrated being nearly three years sober by posting photos of their past selves and them today. Their inspiring before and after photos have gone viral, racking up around 200,000 likes.

Brent said he used to tell people that he could never be sober because it would be a "boring lifestyle."

He met Ashley, who also had a history of abusing meth, while selling her marijuana. The couple began an on-again, off-again relationship. The couple would often meet up to get high together, but it was a rocky road to being steady.

"We started dating, but I would leave her home while I went out and sold drugs and got high and slept with other women and would come home and tell her I was out sleeping with other women."

With his life in a downward spiral, a close call with a drug test while on probation gave Brent the wake-up call he needed.

In December 2016, he told Ashley he was done with drugs and asked her if she would quit with him. She said yes.

After being clean for one month, the couple celebrated by getting married. The couple joined Celebrate Recovery together, a Christian program that helps people battling addiction.

They cut ties with everyone involved in their past lifestyle and made a decision to get their lives back on track.

“There’s hope. You don’t have to live that life forever,” Brent told InsideEdition.com.

The older photo is from 2016 after Brent had just served two years for drug charges and evading law enforcement.

Brent now works with his father in the heating and air conditioning business. He recently just earned his GED.

The couple told Fox 35 they are now both working to improve their credit score so they can buy a house and hope to regain custody of their kids. Ashley has two children from a previous relationship and Brent has three.

"I hope that my transformation can encourage a addict somewhere! It is possible to recover!!"

If you or someone you know is struggling with addiction, SAMHSA’s National Helpline is a free, confidential, 24-hour hotline that offers referrals to local treatment facilities, support groups and community-based organizations. Call 1-800-662-HELP (4357) for more information.