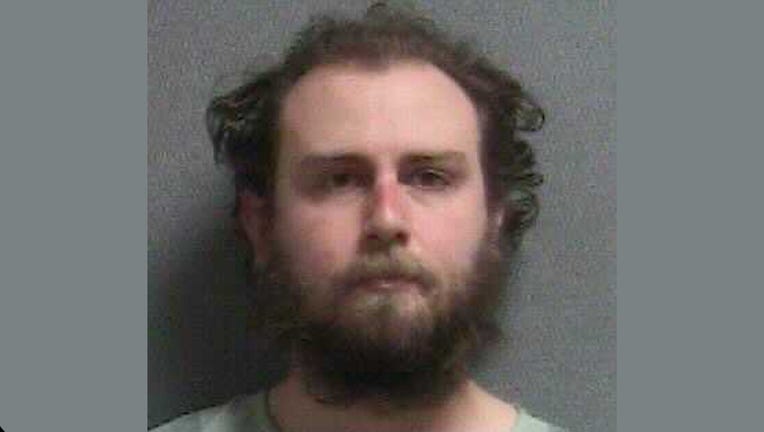 An Ohio cosplayer pleaded guilty Wednesday to planting a bomb at a perceived romantic rival’s house in Maryland, which nearly killed the recipient and caused more than $45,000 in damage to the home.

Clayton Alexander McCoy, a 32-year-old registered sex offender who lived with his mother, drove more than 350 miles on Oct. 30, 2020 in order to plant a package bomb on the victim’s front porch, according to a federal criminal complaint. He took a route avoiding tolls in his mom’s Toyota pickup.

The victim, identified in court documents as NK, suffered serious injuries. He and his girlfriend, identified as SB, were members of the "Dagorhir" gaming community along with McCoy.

The game is described as "a live-action roleplaying (LARP) battle game" involving medieval costumes and mock combat with prop weapons.

The following is a breakdown of crimes per 100,000 people in the U.S., provided by the FBI:

SENTENCING DELAYED FOR MAN WHO PLOTTED TO BLOW UP DEMOCRATIC HQ

McCoy approached SB over Discord and confessed his romantic feelings for her. She turned him down, reminding him she was dating NK. So McCoy built a homemade bomb, gift-wrapped it and dropped it off at NK's doorstep, according to the U.S. Attorney’s Office for the District of Maryland.

He researched how to build it, bought materials in cash from multiple stores to conceal his efforts, and ultimately built a package bomb that he placed inside a shipping box, which he drove to the victim’s house himself, according to prosecutors.

NK’s grandfather found the box on his front porch, addressed to NK, and brought it inside. 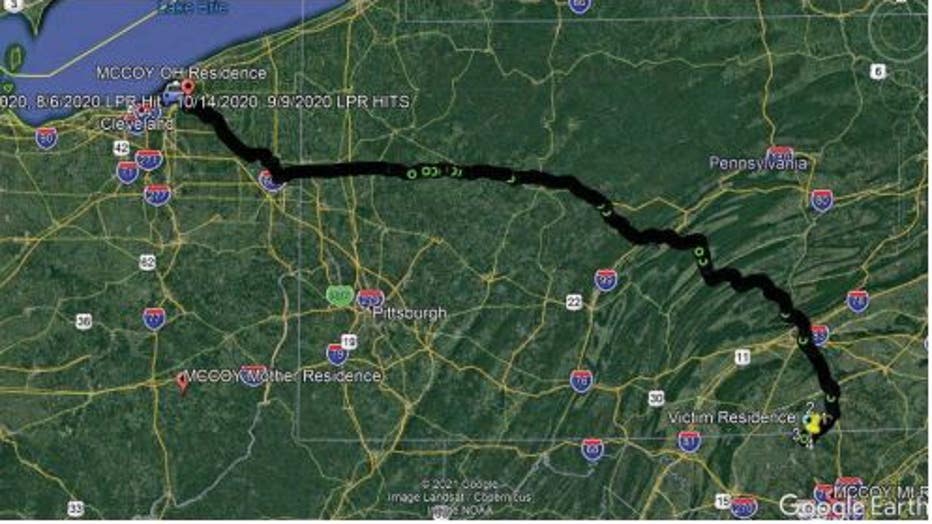 Prosecutors said phone and geofencing data show McCoy took this route on the seven-hour drive from his house to the victim's residence. (Credit: Justice Department)

When the victim returned from work, he opened the box and found a smaller box inside, wrapped in a ribbon.

He opened it, heard a whistling sound, and it exploded in front of him, according to prosecutors.

NK spent the next 18 days in the hospital, undergoing a series of surgeries to remove shrapnel and reconstruct his hand. He had to use a walker for another two weeks and still has bits of metal embedded in his body today, according to prosecutors. He is still rehabbing from his injuries.

McCoy had cut up pieces of metal into small triangles to use as shrapnel, according to the complaint.

Investigators recovered DNA evidence from the package and used cellphone data to trace McCoy’s route to the victim’s house on the day of the attack.

A neighbor’s Nest doorbell camera recorded a truck similar to McCoy’s pulling up around the time the bomb had been dropped off. 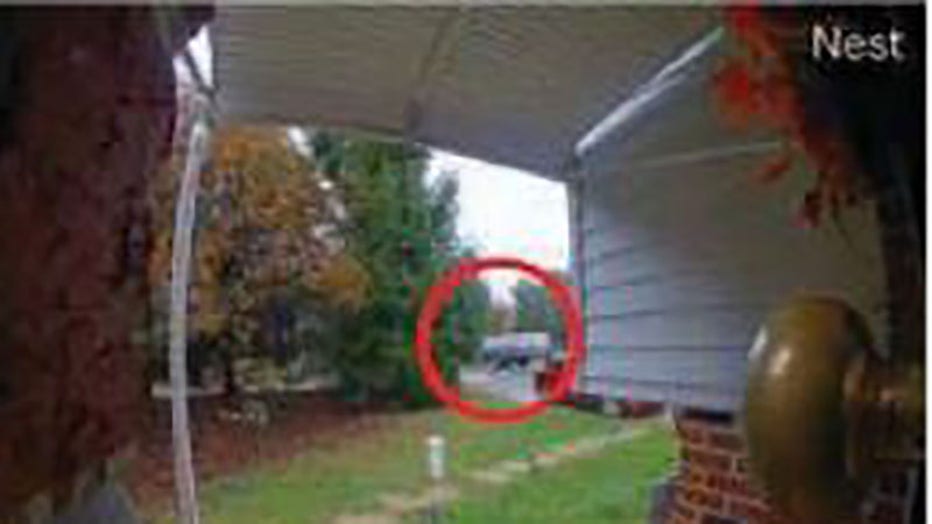 A neighbor’s Nest doorbell camera recorded a truck similar to McCoy’s mom’s pulling up around the time the bomb had been dropped off. (Credit: Justice Department)

McCoy faces up to 20 years in prison for transporting explosives with intent to injure and 10 years for possession of an unregistered explosive device at his sentencing, which has not yet been scheduled.

McCoy in 2013 was convicted of pandering obscenity involving a minor, was sentenced to four years in prison and placed on Ohio’s sex offender registry, according to court documents.