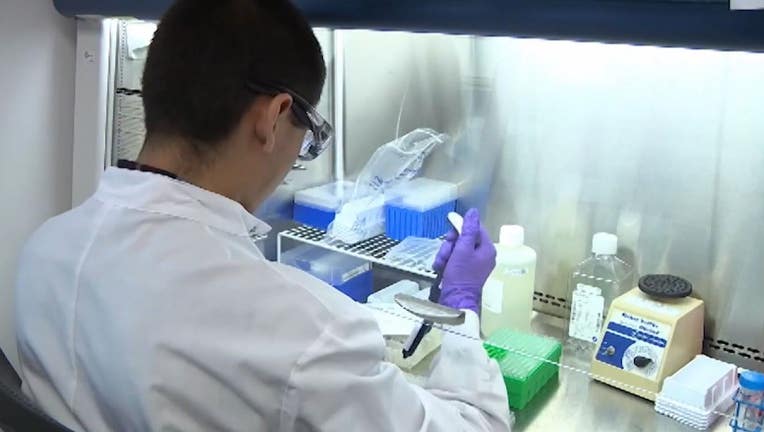 The virus that causes COVID-19 can be found in semen, Chinese researchers report in a small study that doesn’t address whether sexual transmission is possible.

Doctors detected the virus in semen from six of 38 men hospitalized with laboratory-confirmed COVID-19. Four were still very sick with the disease while two were recovering.

The report from Shangqiu Municipal Hospital in China was published Thursday in JAMA Network Open.

There was no long-term follow-up so it is not known how long the virus may remain in semen or if men can spread it to their partners during sex.

The results contrast with a study of 34 Chinese men with COVID-19 published last month in the journal Fertility and Sterility. U.S. and Chinese researchers found no evidence of virus in semen tested between eight days and almost three months after diagnosis.

Dr. John Hotaling of the University of Utah, co-author of that report, said the new study involved much sicker men, most with active disease.

Authorities believe the coronavirus mainly spreads from droplets produced when infected people cough, which are inhaled by people nearby.

Some studies have reported finding the virus in blood, feces and tears or other fluid from COVID-19 patients with inflammation in their eyes.

Evidence suggesting that other infectious viruses including Zika and Ebola may be sexually transmitted has prompted questions about the coronavirus.

Hotaling said it’s an important public health concern but that more research is needed to provide a definitive answer.

The American Society for Reproductive Medicine said the new study shouldn’t be cause for alarm. To be safe, though, “it may be wise to avoid sexual contact with men until they are 14 days without symptoms,” Dr. Peter Schlegel, the group’s immediate past president, said in a statement.