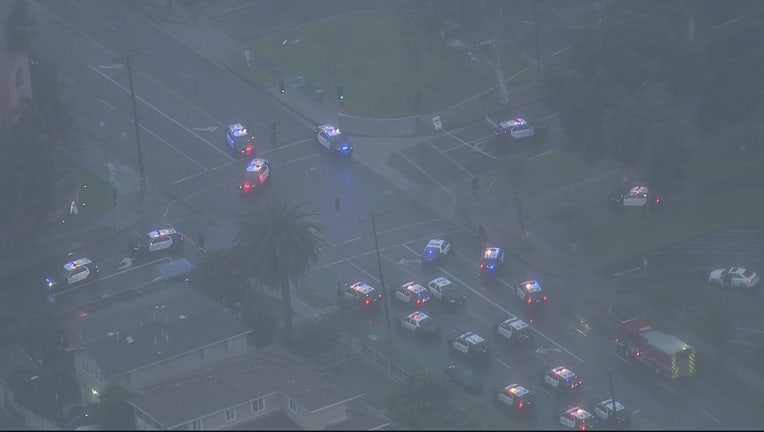 SANTA ANA, Calif. - A man was shot and killed by Santa Ana police in a Catholic church that also serves as a polling place in Santa Ana Sunday afternoon.

Officers were called to the 1100 block of Center Street, located near the intersection of McFadden Avenue and Raitt Street, around 4 p.m.

A church commissioner flagged down a nearby officer and alerted them that there was a man inside Immaculate Heart of Mary Church with a gun, according to the Santa Ana Police Department.

Arriving officers confronted the man when the officer-involved shooting occurred.

An officer with the Santa Ana Police Department fatally shot a man who was armed inside a church that also serves as a polling place.

The gunman ran outside and collapsed. He was pronounced dead at the scene, authorities said.

Sana Ana police alerted nearby residents to stay away from the area.

Investigators do not believe the gunman intended any type of mass shooting or a faith-based attack.

The name of the gunman has not been released.