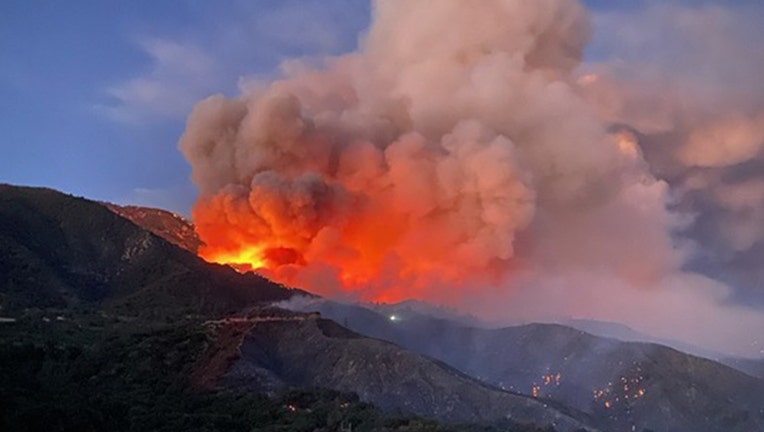 Full containment of the 33,424-acre brusher was expected Monday, according to the U.S. Forest Service.

Bracing for hot, dry and windy conditions through the weekend, firefighters began day-only shifts Thursday as crews and resources continued to depart the area in anticipation of full containment.

The 1,159 fire personnel who remained on scene were being aided by two Cal Fire air tankers and 11 water dropping helicopters dropping water to cool hot spots.

Windy conditions in the area made pockets of heat more visible, but fire lines held up against the wind and most hot spots were located around stumps and logs well within the fire's edge, the Forest Service said.

With fire lines holding, the Forest Service has begun assessing the severity of the damage caused by the fire in the San Bernardino National Forest, looking into the variety of environmental impacts caused by the fire, including watershed damage that could spur dangerous flood conditions during the Southern California wet season, officials said.

The blaze burned through federal, state and private lands, according to Cathleen Thompson of the U.S. Department of Agriculture, and several governmental agencies will have to conduct their own post-fire assessments as the forest service is doing in the national forest.

The Apple Fire also burned through the Morongo Band of Mission Indians reservation, and the damage to the reservation will be assessed by the U.S. Department of Interior.

"Tribal lands are considered federal land as they are managed jointly by the tribes and the Bureau of Indian Affairs,'' Thompson said.

The Bureau of Indian Affairs falls under the U.S. Department of Interior.

Efforts have also transitioned to rehabilitation of the fire zone, officials noted in a statement.

"Firefighters will remove debris and dirt from culverts along dirt roads. In areas near roads and trails, handlines will be covered with vegetation to obscure visible impacts,'' officials said.

Dozer lines will be repaired to ensure erosion control and then covered with vegetation. In places cleared of plants and used as safety zones for firefighters, crews will conceal the area with the discarded shrubs and limbs. Flagging and signage from suppression efforts will also be removed.

Fire officials warned that civilians may still see smoke as islands of unburned vegetation within the fire perimeter burn until all hot spots are extinguished. 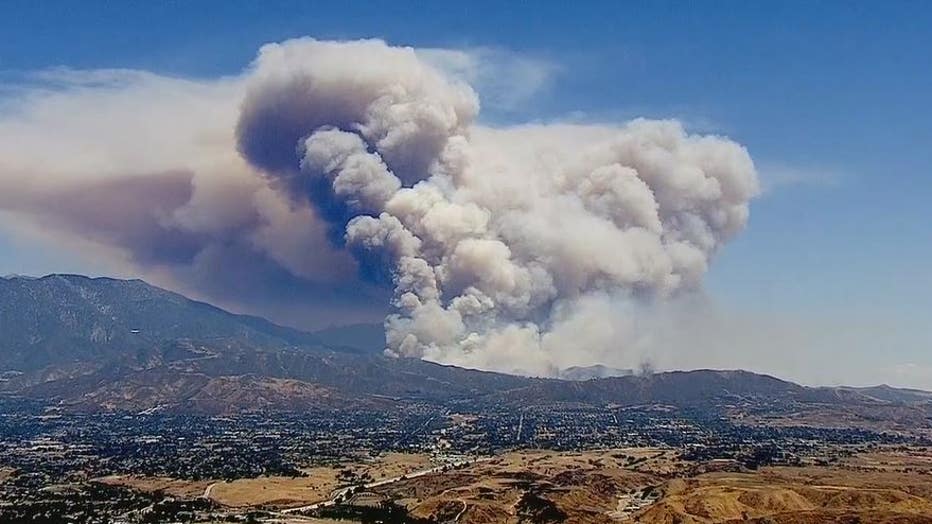 Gov. Gavin Newsom announced the state will receive a grant from the Federal Emergency Management Agency to help ensure resources will be available to fight the fire. It will also allow local, state and tribal agencies responding to the fire to apply for 75% reimbursement of their eligible costs.

Officials still expected wind gusts of up to 25 mph and increasing temperatures through the weekend, but said fire lines passed the test of winds earlier in the week.

The American Red Cross announced Tuesday afternoon that all relief operations within the fire zone, including maintenance of services at a temporary evacuation center that had been established at Beaumont High School, were finished because all evacuation orders have been lifted.

The nonprofit organization said it helped 183 people affected by the Apple Fire, served at least 2,196 meals and snacks, and provided more than 300 overnight hotel stays for evacuees.

Officials estimated that 2,600 residences and 7,800 people faced evacuations during the blaze.

The smoke column from the fire has been visible throughout much of Southern California.

Anyone with further information about the start of the fires was urged to call the Cal Fire hotline at 800-633-2836. Callers may remain anonymous.

A public information line regarding the fire was established at 909-383-5688.