LOS ANGELES - Video showing a homeless couple fighting at an encampment in downtown Los Angeles is sparking concern amongst locals after the couple’s small dog was caught in the middle and tossed to the ground.

The woman who recorded the video asked FOX 11 for anonymity, but tells us the couple has been fighting at an encampment near 6th and Main routinely since October.

“This couple, from the day they moved over here have been nonstop fighting like every couple of days,” she said. “I started seeing that there was a dog and a cat and anytime they’re fighting it seems like the animals are the victims.”

She also tells FOX 11 that the couple frequently leaves the dog tied up, alone, for large chunks of time, and that the dog was kicked by the couple during a recent fight two days before the video was recorded. 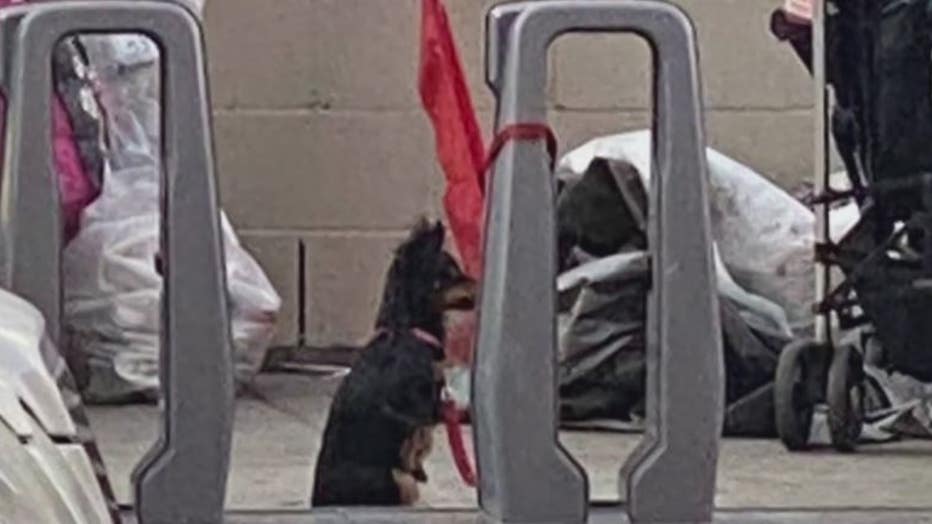 “A passerby had been walking past and they were fighting and they kicked the dog and the guy who was passing by tried to grab the dog and then they freaked out on him and started throwing bottles,” she said.

When she posted the video to social media, a concerned citizen sent it to the LAPD Animal Cruelty Task Force, which is being disbanded due to defunding, and the unit responded via an email.

“Thank you for contacting the Los Angeles Police Department, recently defunded Animal Cruelty Task Force,” the email says. “ACTF will no longer be a resource available to the public regarding animal abuse/cruelty matters. We suggest that you contact the local animal shelter who investigates matters in your area.”

LAPD Captain Scot Harrelson, commanding officer of LAPD Central Division, tells FOX 11 he does have an officer working on the issue, but that animal control hasn’t returned their calls.

He said that the homeless couple has refused repeated offers from police and social workers to get them into housing, and that at this point, LAPD has no enforceable or arrestable offenses because the city attorney’s office says the dog being tossed to the ground does not rise to the level of animal abuse.

“We are aware of the incident and are working with all appropriate offices and agencies including LAPD’s Animal Cruelty Task Force, LA Animal Services, LA Homeless Services Authority, LA County Animal Care, and Council District 14 on identifying and referring homeless outreach services, including those for pet ownership, to the couple.” 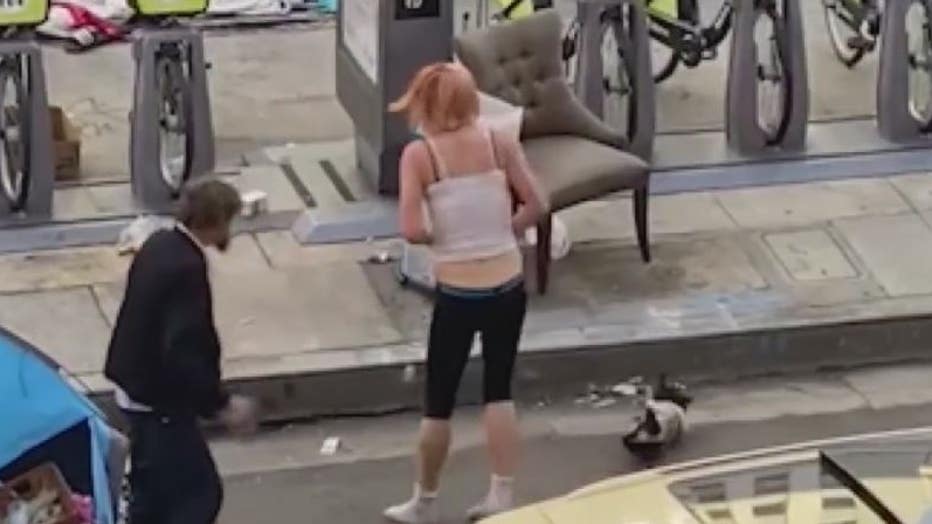 “It’s bad enough they’re abusing each other and throwing stuff at normal people, but then you abuse animals who can’t help themselves, that’s not right,” the woman said.

LAPD Captain Harrelson tells FOX 11 even though the ACTF is no longer taking new cases, his units will continue do what they can and work with the city on the situation.

He also added that the couple’s pets appear to be well fed, and don’t have obvious signs of neglect.