A college student donated Nintendo Switches and games to Childrens Minnesota Hospital after making money from his GameStop stocks.

MINNEAPOLIS - A college student donated Nintendo Switches and games to Children’s Minnesota Hospital after making money from his GameStop stocks.

Kahn posted to his Instagram account saying that after being "a beneficiary of the recent events on Wall Street," he felt it was important to pay his good fortune forward.

Kahn is not new to stocks and investing, having purchased his first few shares when he was just 18 years old. 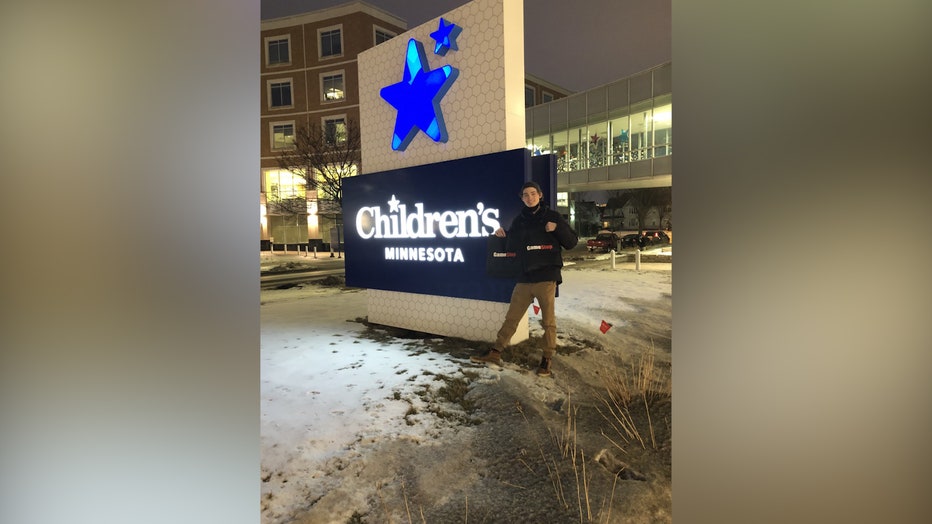 WallStreetBets is a forum on Reddit that "is a community for making money and being amused while doing it. Or, realistically, a place to come and upvote memes when your portfolio is down," according to the WallStreetBets FAQ.

Kahn said he had heard rumblings about the intent to make waves in the stock market on Reddit, but did not actually invest in GameStop until he read a tweet from Citron Research, which is a stock commentary website.

"By mid-January, it (GameStop) was sitting at around $30. At this point, Citron Research, a short seller, tweeted out saying that people buying GameStop at this $30 level were ‘suckers’ and that he understands short interest better than us," Kahn said. 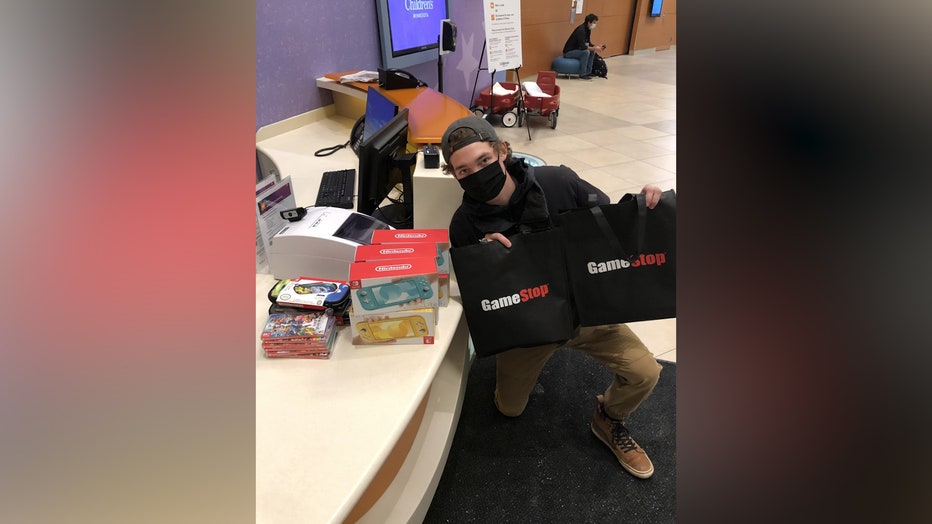 "So that’s when I bought into GameStop, in an attempt to try to prove this guy wrong. To show him that we’re not just some degenerate gamblers that don’t know what they’re talking about," Kahn added.

Kahn ended up making quite a huge profit, but he did not want to gloat and use his earnings to only show that hedge fund managers are not the only ones who can influence the stock market. He wanted to do something good for his community.

"I wanted to do a donation to prove that we were the good guys," Kahn said. "That’s why I wanted to make sure that I did good with some of the earnings that I had." 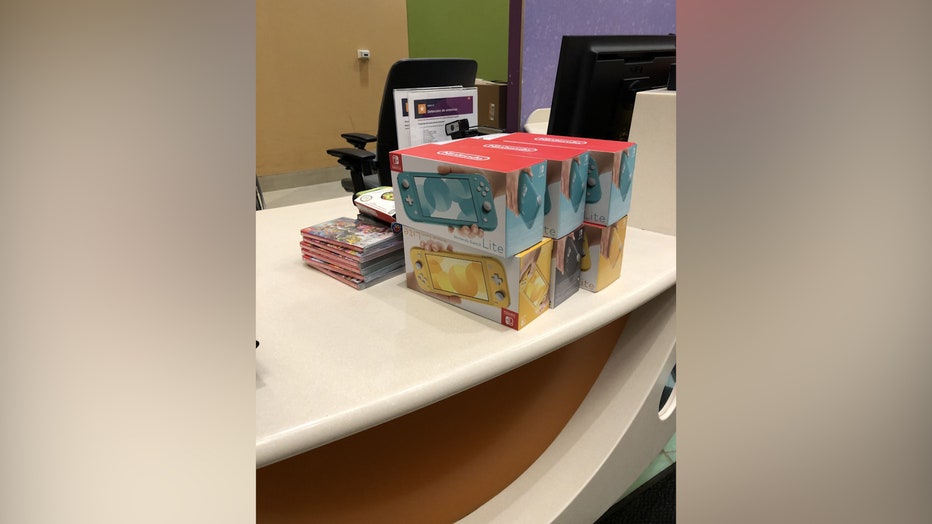 Kahn decided to donate to Children’s Minnesota because he knew a number of people close to him who had been treated there and thought who better to receive a pick-me-up than children who are going "through a hard time."

"I know there’s a lot of people in my community that have been affected by the work that they do there," Kahn said. "Luckily, I haven’t had any experience or anyone in my family having to go through a hard time there, but I know a bunch of people who have."

But when Kahn decided to purchase Nintendo Switches for the kids, he found that getting more than one was going to be trickier than he thought.

"It’s kind of a funny story. It was a little bit of a pain to get all those Switches. I was with my friend Bailey Helke, because I walked into the first GameStop and I was like, ‘Hey, how many Switches you got in stock?’ And they were like, ‘We got a bunch,’ and I was like, ‘Okay, well can I buy a bunch,’ and they were like, ‘Nope,’" Kahn said. The store notified him that they had a policy of only one Switch per customer.

Determined to make his donation, Kahn and a friend ended up devising a way to obtain the gaming devices.

According to a hospital spokesperson, Kahn donated a plethora or games and electronic devices, including:

"We're so grateful for this generous donation that will help bring joy to kids at our hospitals, especially during these challenging times. It's inspiring to see young people in our community choosing to give back and pay it forward," Jennifer Soderholm, president of Children's Minnesota Foundation, wrote in an emailed statement.

Kahn said he knew quite a few people who benefitted from purchasing GameStop stocks but also noted that those same people were taking the money they had made and donating also.

"Everybody is donating in some ways. One guy, today, I saw tipped their waitress $100. It’s the simple things and those are the good things. One user on Reddit by the name Inverse Inception, he actually donated to the other children’s hospital in the Twin Cities area, Gillette Children’s. He bought lunch for a bunch of the employees there," according to Kahn.

The donor told Kahn that they were inspired by his gifts to the children’s hospital and decided to do something good for the health care workers who are continuing to not only battle illnesses such as cancer and COVID-19.

In late January, trading volume surged in shares of GameStop, AMC Entertainment, as well as Bed Bath & Beyond and BlackBerry, stunning Wall Street firms betting that the value of those stocks would fall.

The surges came from small retail investors with trading accounts ranging from $500 to $2,500 banding together in an economic tug-of-war against major investment firms.

Among them was Roaring Kitty, a YouTube personality from a Boston suburb who became a legendary fixture on the Reddit forum, expressing an early interest in buying GameStop shares and inspiring a growing legion of followers to pore through its financials.

The Reddit-based investors used the chat platform Discord to fire each other up and the trading app Robinhood to buy shares with a few clicks on their smartphones. They soon found a shared enemy in hedge fund managers who tried to short the stock, encouraging each other to keep buying GameStop and push it ever higher —"to the moon."

Intense media and Wall Street interest pushed many traders into these stocks late last week, with GameStop going as high as $483 last Thursday. They began trading this year at just over $17 a share.

Small-time investors who took a chance on the once-faltering gaming store stock made significant gains.

Jaydyn Carr, 10, of San Antonio, Texas, landed a boon by selling GameStop stock he was gifted more than a year ago. Carr's mother, Nina, spent $60 for 10 shares of the video game chain's stock in December of 2019 that she gave him for Kwanzaa to reflect Ujamaa, one of the festival's seven principles that focuses on cooperative economics.

With GameStop's share price skyrocketing in the past week, Jaydyn sold the shares on Jan. 27 for a little less than $3,200, the San Antonio Express-News reported.

The Associated Press and Austin Williams contributed to this report.