A coded message attributed to the Zodiac Killer, who terrorized the San Francisco Bay Area, has been solved decades after it was sent to a San Francisco newspaper.

The Zodiac Killer has never been caught since slaying at least five people in the late 1960s, and the case continues to fascinate the public. The cracking of the so-called “340 Cipher” by a group of private codebreakers was first reported on Friday in the San Francisco Chronicle, which received the message from the alleged killer in 1969.

“I hope you are having lots of fun in trying to catch me,” part of the message said, according to the Chronicle, “I am not afraid of the gas chamber because it will send me to paradise all the sooner because I now have enough slaves to work for me.”

The FBI’s San Francisco office, which lists the Zodiac killings as an open case, tweeted that the bureau is aware that this riddle had been solved. 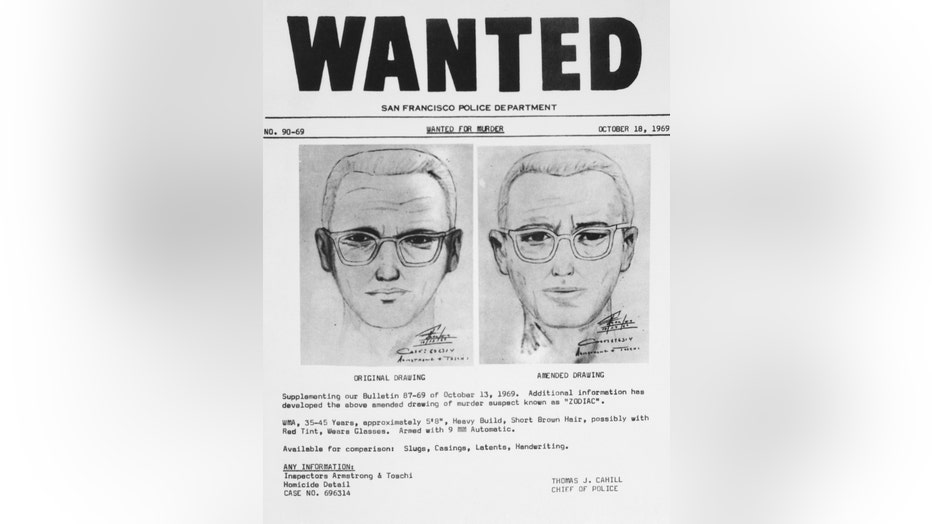 San Francisco police circulated this composite of the Bay Area's "Zodiac" killer. At left is a drawing from witnesses to slaying of a cab driver in San Francisco. The amended drawing on the right was based on further questioning of the witnesses. The

“The Zodiac Killer terrorized multiple communities across Northern California and even though decades have gone by, we continue to seek justice for the victims,” the FBI’s statement said. “Due to the ongoing nature of the investigation, and out of respect to the victims and their families, we will not be providing further comment at this time.”

Multiple other cryptic letters that were supposedly sent by the killer have previously been solved.

The team that broke the code included members from the United States, Australia and Belgium.

"BIG NEWS! Last weekend, we solved the 340 and it is confirmed by the FBI," tweeted David Oranchak, a member of the team that worked on the code. "Authorities have spent time since then making notifications to the victims’ families. Now that the notification process is complete, we are announcing the solution!"