CHP provided an update after an officer was shot during a traffic stop in Studio City.

LOS ANGELES - Two suspects have been taken into custody Tuesday after an hours-long manhunt for the gunman wanted in connection to the shooting of a California Highway Patrol officer during a traffic stop in Studio City.

Authorities on Tuesday identified the suspect as 33-year-old Pejhmaun Iraj Khosroabadi. Shortly after authorities officials released his photo, Khosroabadi, along with an alleged accomplice, were seen being taken into custody near a homeless encampment in a Van Nuys neighborhood near the intersection of Sherman Way and Gloria Avenue. A K9 unit was used in the apprehension.

Following his arrest, Khosroabadi was taken to a hospital for an apparent hand injury. 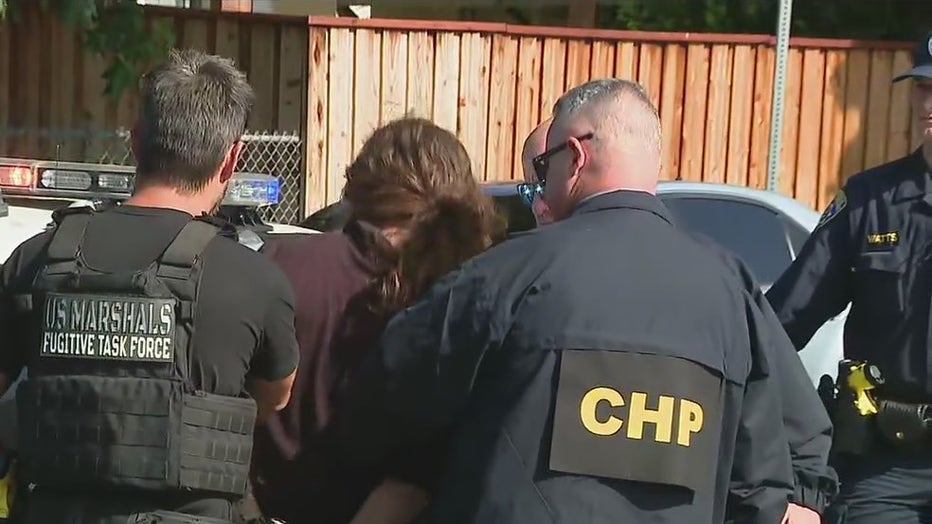 Khosroabadi is wanted for the attempted murder of a peace officer and was considered armed and dangerous.

Night of terror in the San Fernando Valley

On Monday, officials said the officer was shot near the intersection of Laurel Canyon Boulevard and Landale Street in Studio City just before 8 p.m. Investigators said the suspect, who was driving a white Ford Fusion, and the officer got into an altercation during a traffic stop before the suspect opened fire and drove away from the scene.

The officer was rushed to Cedars-Sinai Medical Center for treatment. The 27-year-old is currently in critical but stable condition and is expected to recover.

Officials did not release his name but said he has been with CHP for just under a year. 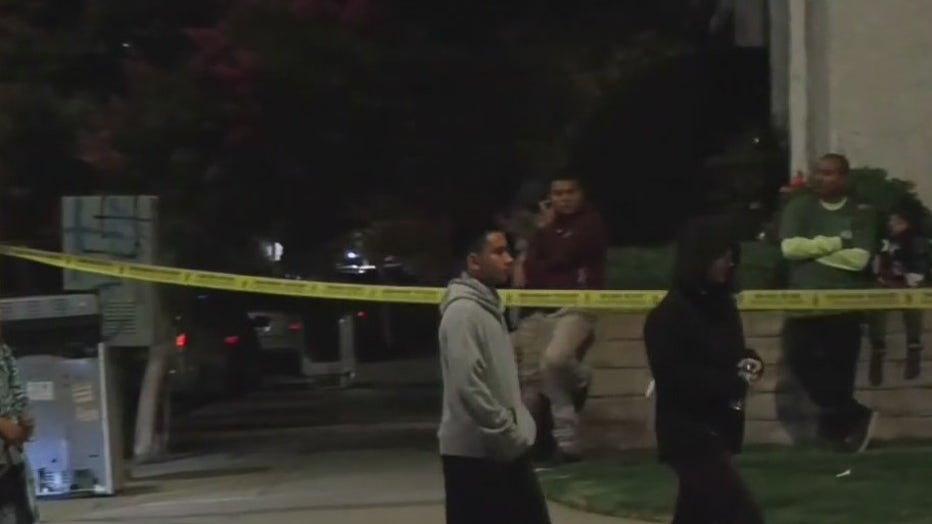 The Los Angeles Police Department was led to an apartment building located in the 7400 block of Haskell Avenue in Van Nuys after finding a white Ford Fusion that matched the description of the suspect's vehicle. The suspect was believed to be barricaded inside his unit and a SWAT team was called in. Police set up a perimeter around the apartment building and dozens of residents were evacuated during the raid.

After searching the apartment complex and the immediate area throughout the night, police were unable to locate Khosroabadi and his roommate was detained for questioning.

Investigators remained at the apartment complex, as well as the scene of the shooting before Khosroabadi was taken into custody.