CHP searching for suspect who struck and killed 3 young girls, injured another in Lucerne Valley

LUCERNE VALLEY, Calif. - The California Highway Patrol Victorville Area is asking for the public’s assistance in locating a hit-and-run suspect who killed three young girls and injured another in Lucerne Valley.

Search for suspect underway after hit and run kills 3 girls, left another for dead

Three young girls are dead and a fourth girl was critically injured in a hit-and-run crash in San Bernardino County, and investigators are still searching for the driver. (June 9, 2021)

CHP says the driver and passenger exited the Chevrolet Silverado and fled the scene on foot.

The victims, identified by the coroner's office as Willow Sanchez, 11, Daytona Bronas, 12, and Sandra Mizer, 13, died on scene. Natalie Coe, 14, was hospitalized in critical condition. 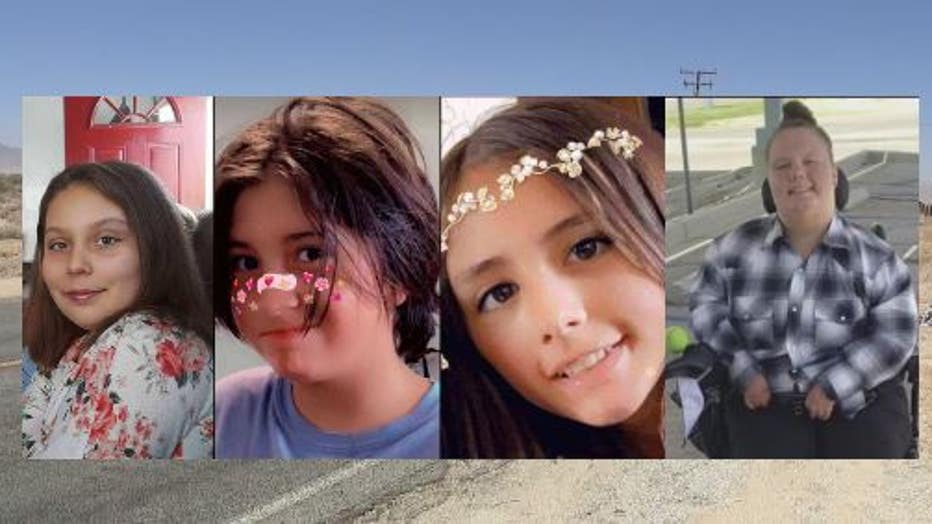 After months of investigating, multiple search warrants were executed to recover evidence from the crash scene and numerous interviews were conducted throughout the state, according to a statement from CHP.

They say on August 15 a no-bail arrest warrant was issued for the suspected driver, 18-year-old Santos Alejandro Jimenez-Cruz. Authorities are still searching for Jimenez-Cruz; who they say is known to live in both California and Mexico.

A vigil was held Saturday night to put pressure on authorities in finding the driver and passenger responsible.

Jimenez-Cruz is facing three counts of vehicular homicide. CHP is asking for the public’s help in locating him.

Anyone with information regarding this collision or who knows of Jimenez-Cruz’s whereabouts is asked to contact Officer J. Rodriguez at the Victorville CHP Area office at (760) 241-1186.