A double shooting that left a mother and her child hospitalized remains under investigation.

LOS ANGELES - A 2-year-old child and a woman were shot on Friday afternoon in South Los Angeles, according to the Los Angeles Police Department.

The shooting was reported sometime around 3:10 p.m. in the 1730 block of W. 56th Street, near Western and Slauson Avenues.

Police said that somewhere between three and four suspects were involved in the shooting, and they were wearing gray hoodies at the time of the crime. A detailed description of the suspects were not immediately available.

The child and woman, whose identities were not released, are both currently in stable condition, according to the LAPD. It was unclear if the woman was the child's mother.

Images from SkyFOX showed numerous bull casings surrounding a black vehicle that had its front window blown out. 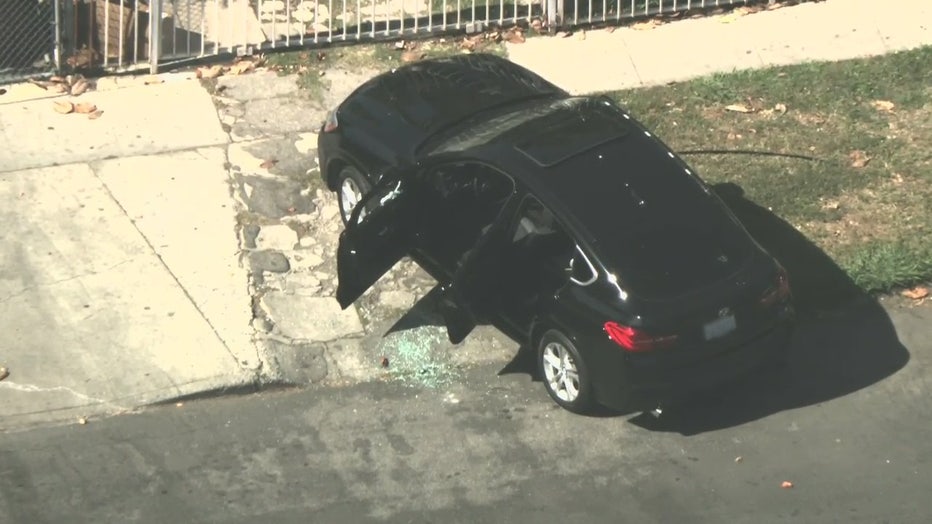 A 2-year-old and a woman were shot Friday in South Los Angeles and police were searching for three to four suspects. (FOX 11)

Authorities were still investigating the motive behind the shooting.