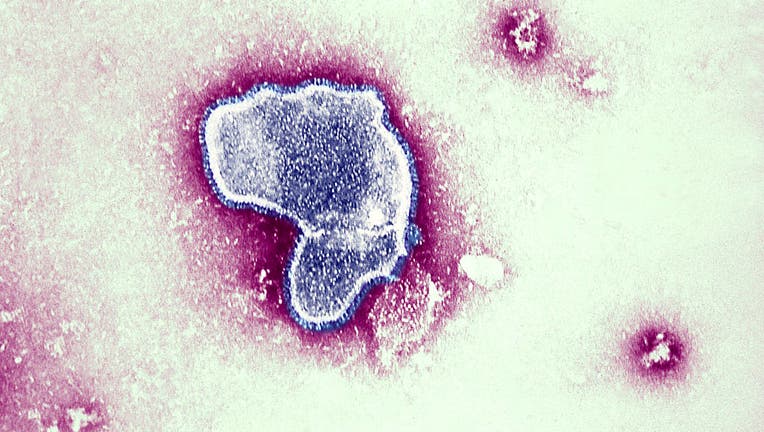 Thic Electron Micrograph Reveals The Morphologic Traits Of The Respiratory Syncytial Virus Rsv. The Virion Is Variable In Shape, And Size Average Diameter Of Between 120 300Nm. Rsv Is The Most Common Cause Of Bronchiolitis And Pneumonia Among Infants

RIVERSIDE COUNTY, Calif. - A child from Riverside County is the first reported flu-related death in the area for the current winter flu season.

The child, who was younger than 10 years old, died at the hospital after testing positive for the flu and the respiratory syncytial virus (RSV). The child had battled health issues at the hospital for several days before dying, Riverside County public health said in a press release.

"Any premature death is a tragedy, but the death of a child is particularly difficult. Our thoughts are with the family, friends and others impacted by the death of this young child," said Public Health Director Kim Saruwatari in a press release from Thursday.

The news of the child's death comes about two weeks after a different child died of RSV. The child who died from RSV earlier in mid-November was under the age of 5, California Department of Public Health said earlier in the month.

Health officials did not specify how or where either child contracted RSV or the flu from.

PREV. COVERAGE: A child under the age of 4 in Riverside County has died from a possible case of RSV.