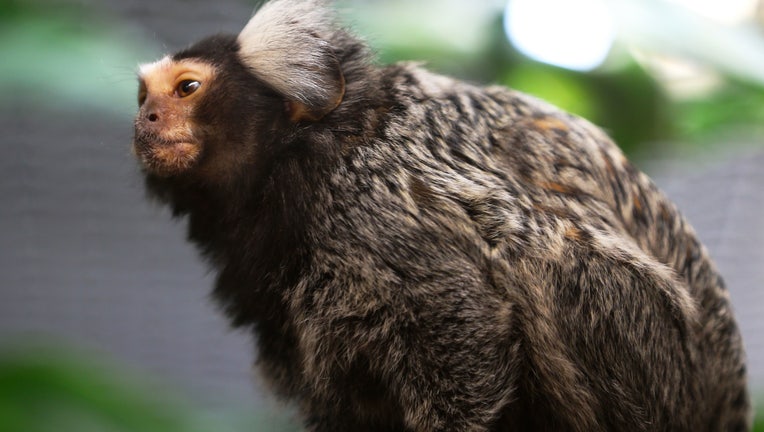 A marmoset monkey is seen at the Warsaw Zoo. (Photo by Anna Ferensowicz/Pacific Press/LightRocket via Getty Images)

SEVIERVILLE, Tenn. - Police in Tennessee say two people face charges after officers found a dead monkey inside a hot car parked outside of a waterpark.

According to the Sevierville Police Department, officers on Wednesday found the dead nine-week old marmoset monkey and a five-week old monkey that was alive in the car parked at Soaky Mountain Waterpark after the facility’s management notified police.

Police say the other monkey was taken to an animal hospital and was very dehydrated but improving.

Audrey Lewis spoke with FOX Television Stations about her grandfather unexpectedly finding a baby monkey outside on his porch.

Investigators also said the outside air temperature at the time was about 87 degrees. According to the American Society for the Prevention of Cruelty to Animals, vehicle interior temperature in the summer can rise from 85 degrees to 120 degrees within thirty minutes.

Authorities said additional charges are possible and the investigation is ongoing.