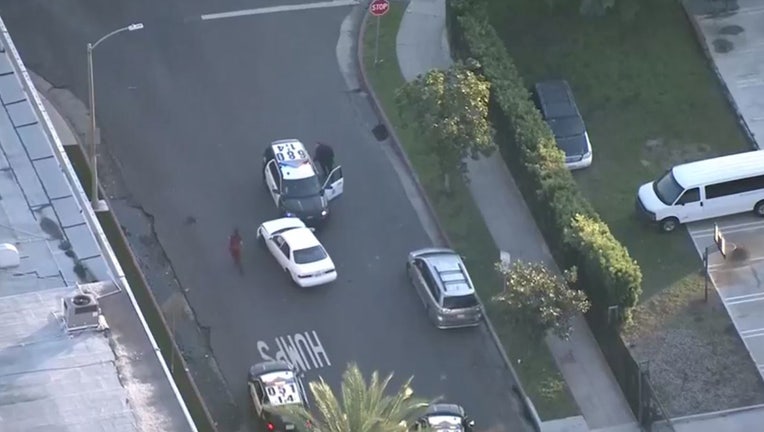 LOS ANGELES - Los Angeles police today took a carjacking suspect into custody after he drove on sidewalks and crashed into a police vehicle in the Mid-City area.

A carjacking leads to a wild pursuit Thursday. We are now hearing from the victim who was punched in the face. FOX 11 has obtained video of the whole thing. Only FOX 11 was there as the suspect was taken into custody and acting erratically.

Officers quickly located the man and pursued him to the Mid-City area, where he drove the white sedan onto sidewalks a couple of times to avoid capture. After the second incident, he steered directly into a police SUV at Washington Boulevard near Westmoreland Avenue.

"Fortunately, traffic wasn't as bad as it normally is on a Thursday at this time," he said.

The man was taken into custody almost immediately after trying to flee on foot. His name was not immediately released.