Four people were injured, including children, after a car crashed into a BevMo store in Studio City Friday.

LOS ANGELES - A Studio City liquor store is picking up the pieces after a car smashed into the building Friday evening.

The Los Angeles Fire Department responded to a call at a BevMo! on West Ventura Boulevard around 4 p.m. The crash left an adult and three children possibly hurt, according to LAFD.

The cause of the crash is under investigation. Officials have not yet announced charges or citations in the crash.

The estimated cost of damage from the crash has not been released by officials, as of Friday evening. 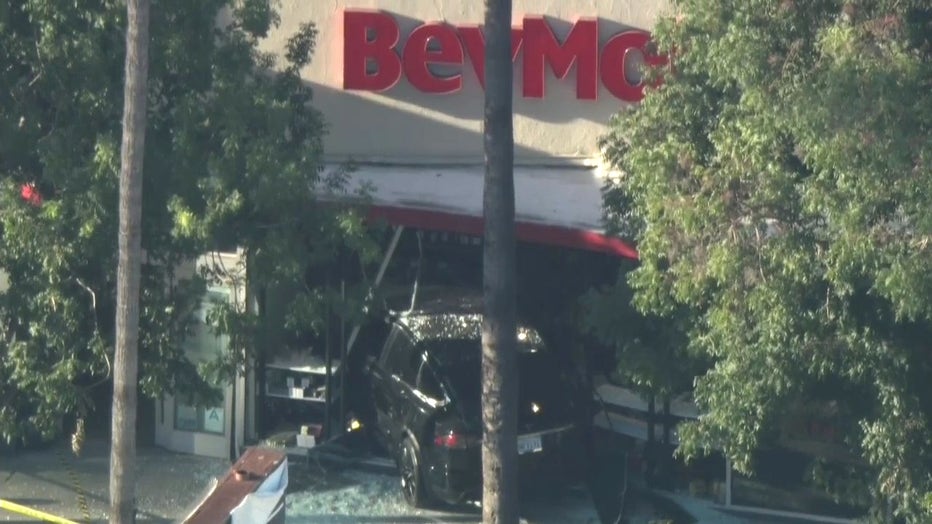 A BevMo! in Studio City is picking up the pieces after an SUV crashed into the business. (FOX 11)